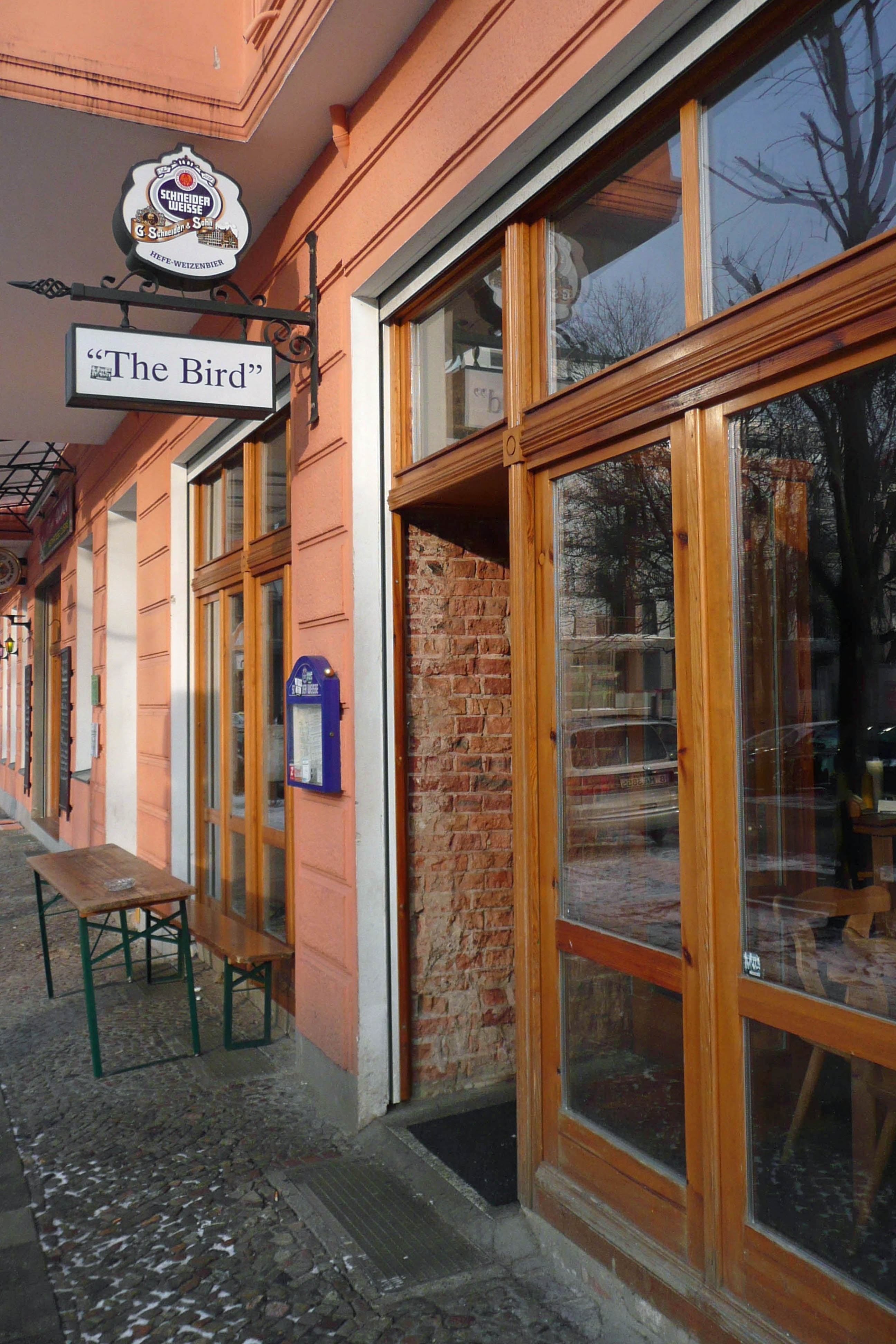 When I set out this morning my only intention was to take a stroll around the fleamarket at the Mauerpark and see how it looked after yesterday’s light snow and build up an appetite for lunch.

I didn’t have any intention of eating out but as has happened on previous Sundays, as I reached the Northern edge of the fleamarket I started thinking about The Bird.  I’m almost there, I thought.  It’d be rude not to.

So I walked to this unimposing façade on Am Falkplatz.

The Bird in Berlin is a popular spot but wasn’t as busy as I have seen it on other Sunday afternoons and I was offered a table at the back of the Restaurant.

I told the waiter that I didn’t need a menu and ordered Da Birdhouse (the house burger) and a half litre of Krombacher.

The Bird in Berlin was set up in 2006 by two New Yorkers.  They pride themselves on the quality of their ingredients and food is cooked to order.  They are also passionate about how their food should be eaten.

They warn against ordering meat well done and deliver a sermon on burger eating on their menu:

Burger eating does not require a fork and knife.  It ruins the burger, violates several laws of nature and drives the cook nearly to the point of running amok with a hot spatula.  We don’t provide big rolls of paper towel for nothing.  Please pick it up and get it into you, it’s just better that way.

The portions are Man v Food sized.  The burgers come in an English Muffin, the burger is prime beef and the chips are undoubtedly hand cut and delicious. 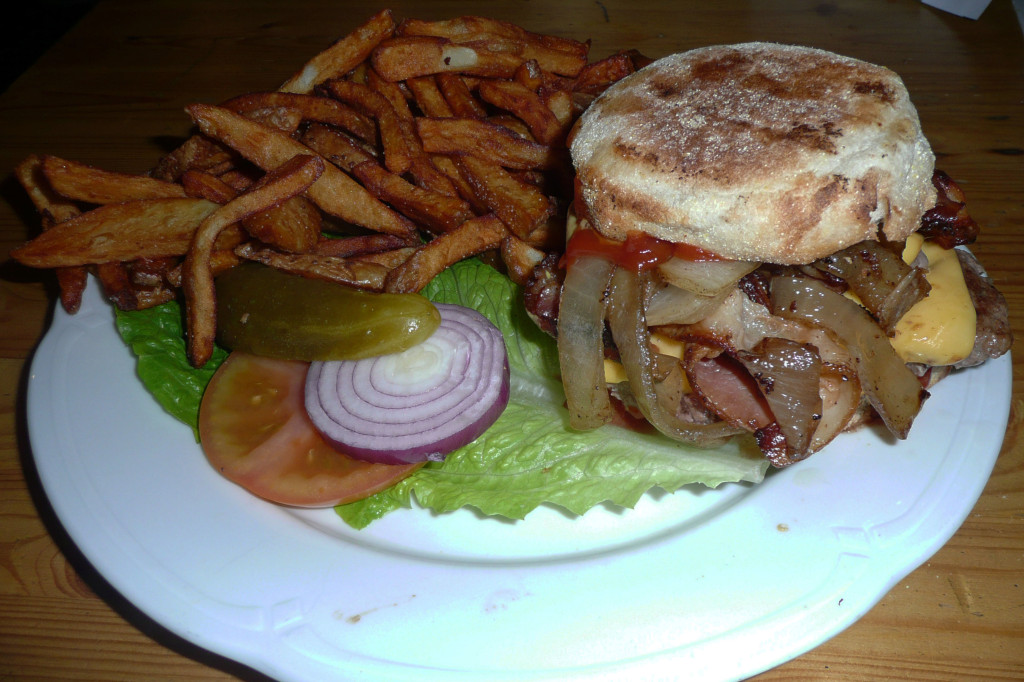 Da Birdhouse, as stated on the menu ‘has two patties, American cheese, bacon, fried onions, ketchup, mustard and pickles and enough grease to kill a donkey’.

As recommended I went in with my hands and unfortunately the whole thing fell apart on me so I resorted to scooping up bits of burger and other fillings with my fingers.  Perfect!

The atmosphere at The Bird is relaxed but there is a nice buzz about the place.  The staff are friendly and there is good music to aid the digestion.  My bill came to €14.50 (it was €15 on my latest visit), which isn’t a cheap lunch by Berlin standards but it’s worth every cent and when you know you’ll only need a snack later it’s a little easier on the wallet.  I’ve been to The Bird plenty of times already and I’ll be back there again soon.

One Response to The Bird