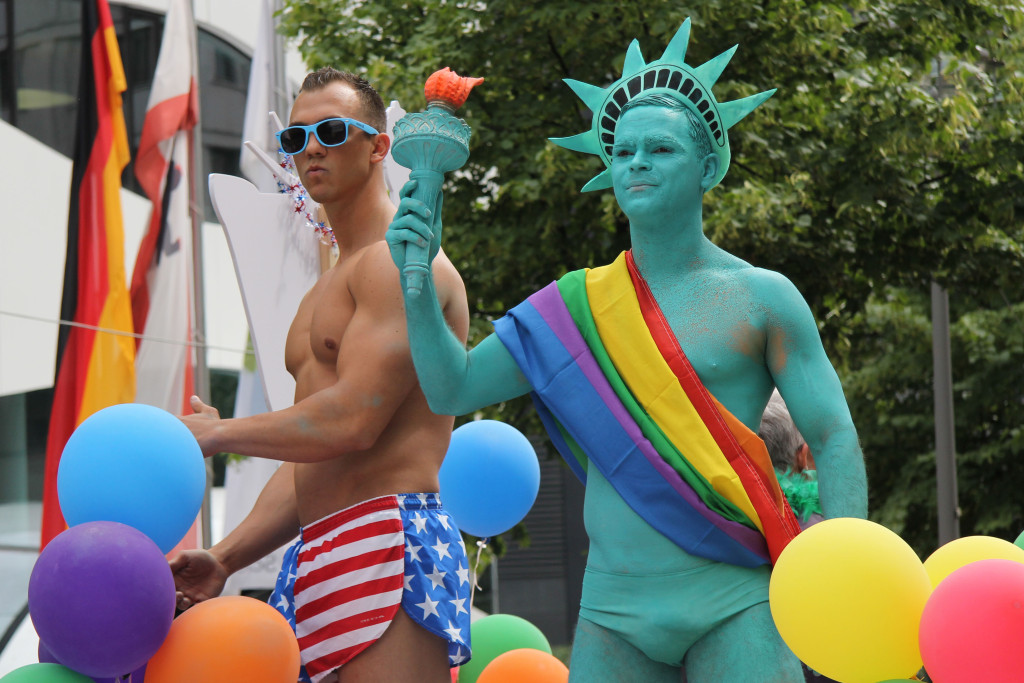 Saturday’s Christopher Street Day Parade (Gay Pride) in Berlin was a riot of colour – apt as the parade was named to commemorate the Stonewall Riots in New York’s Greenwich Village in 1969.  The clashes were a reaction to a police raid on The Stonewall Inn on Christopher Street and marked a turning point in the gay rights movement.

The first CSD parade was held in Berlin in 1979 and has since grown to be one of the biggest of its kind.

This year’s parade was started in Kreuzberg’s Gitschiner Strasse by Berlin’s Mayor, Klaus Wowereit, and finished at the Brandenburg Gate (Brandenburger Tor).

A visit to the parade shows just how far things have progressed from 1960s New York when it comes to LGBT issues.

I found a spot on Ebertstrasse not far from The Memorial to the Murdered Jews of Europe where the crowd thinned a little to observe the procession.

Berlin’s ‘anything goes’ atmosphere and lax drinking laws, combined with the German attitude to nudity, meant that there was a lot of flesh on display.

Never thought the day would come, but I think I’ve actually seen TOO many dicks this afternoon. #csd #prideparade #berlin

I was careful with my shot selection and editing so that this post doesn’t have to carry an X Rating. 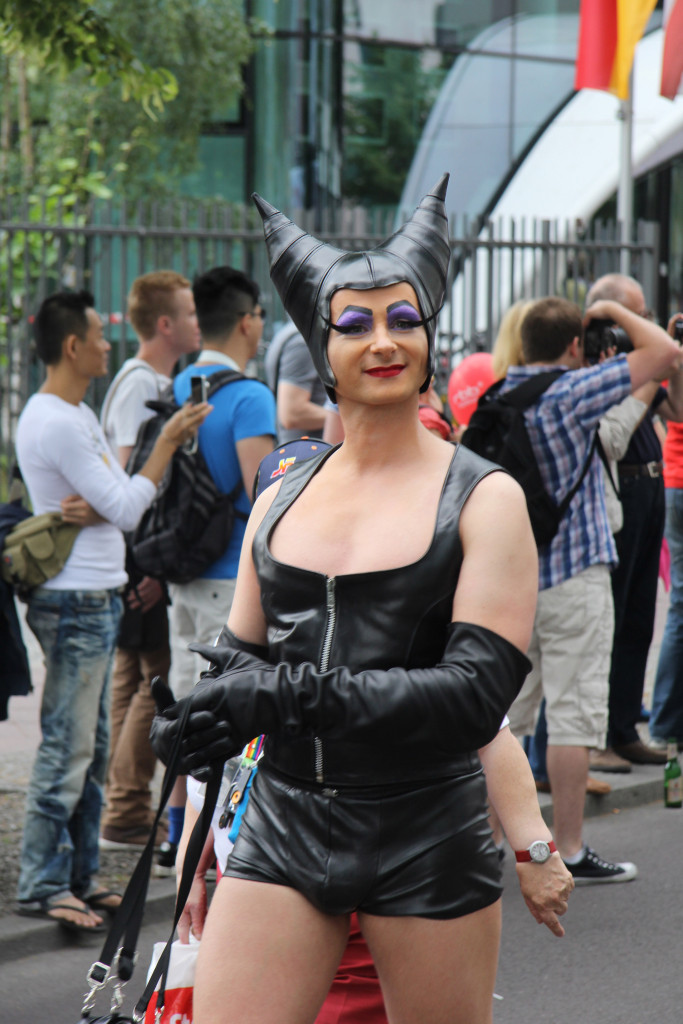 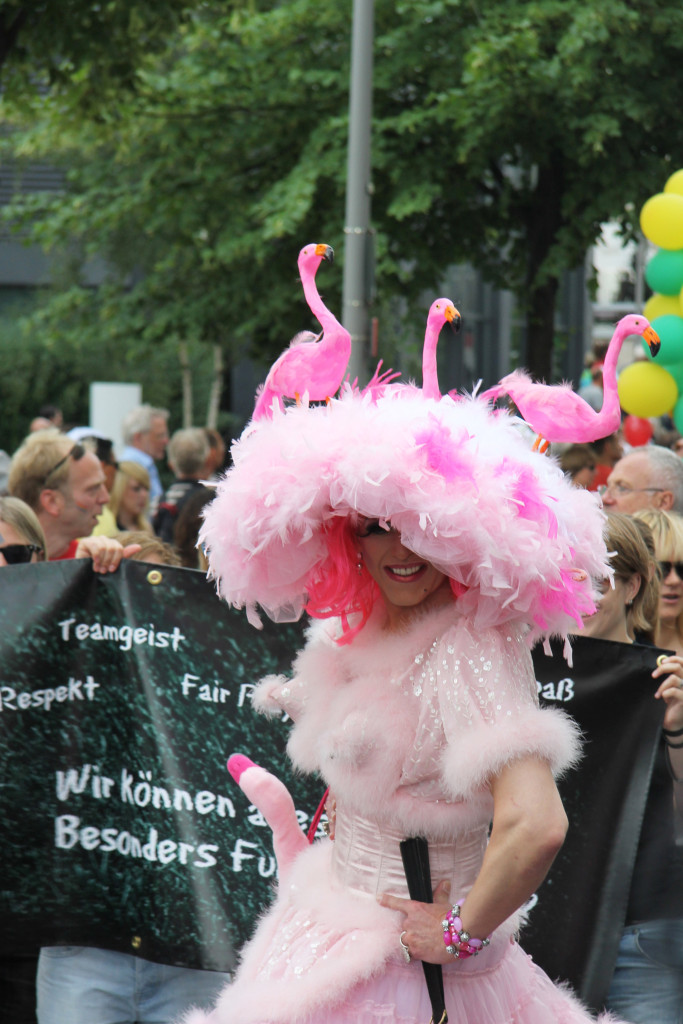 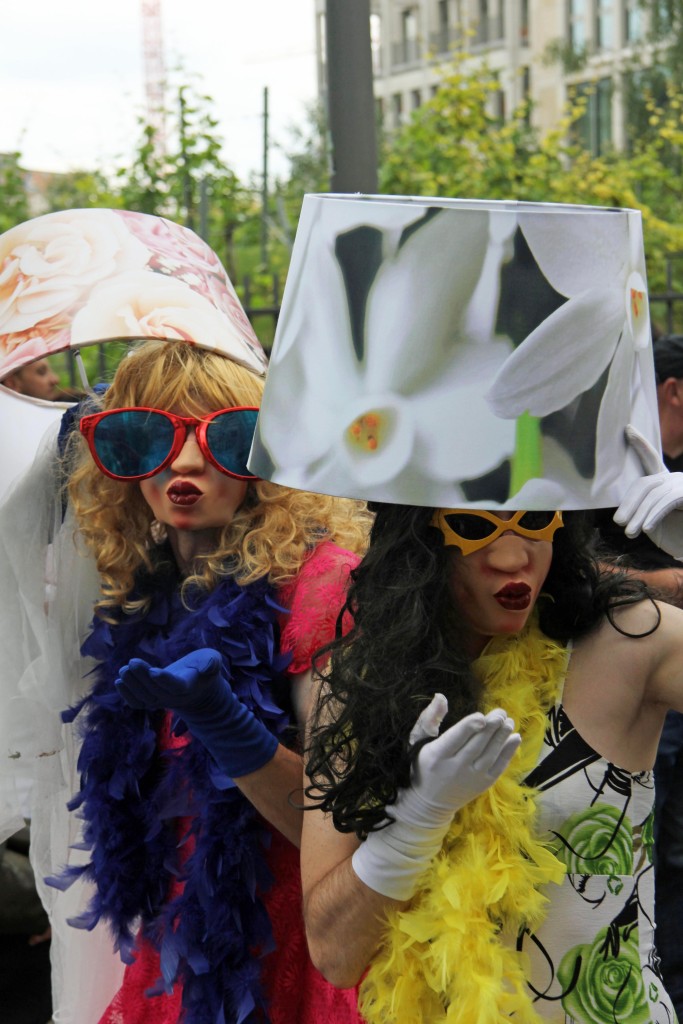 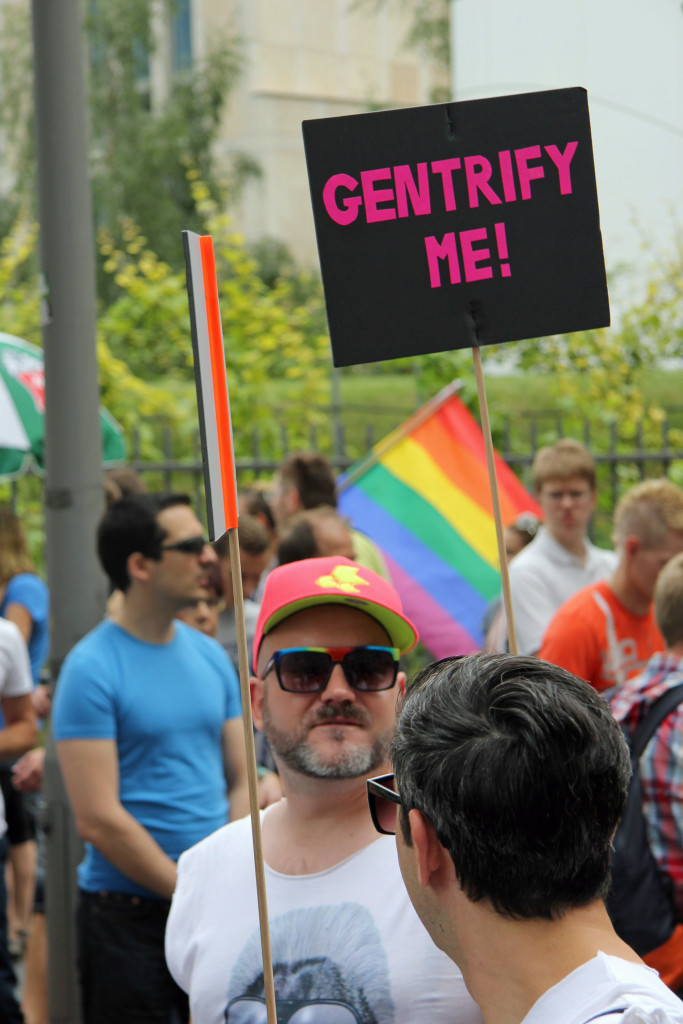 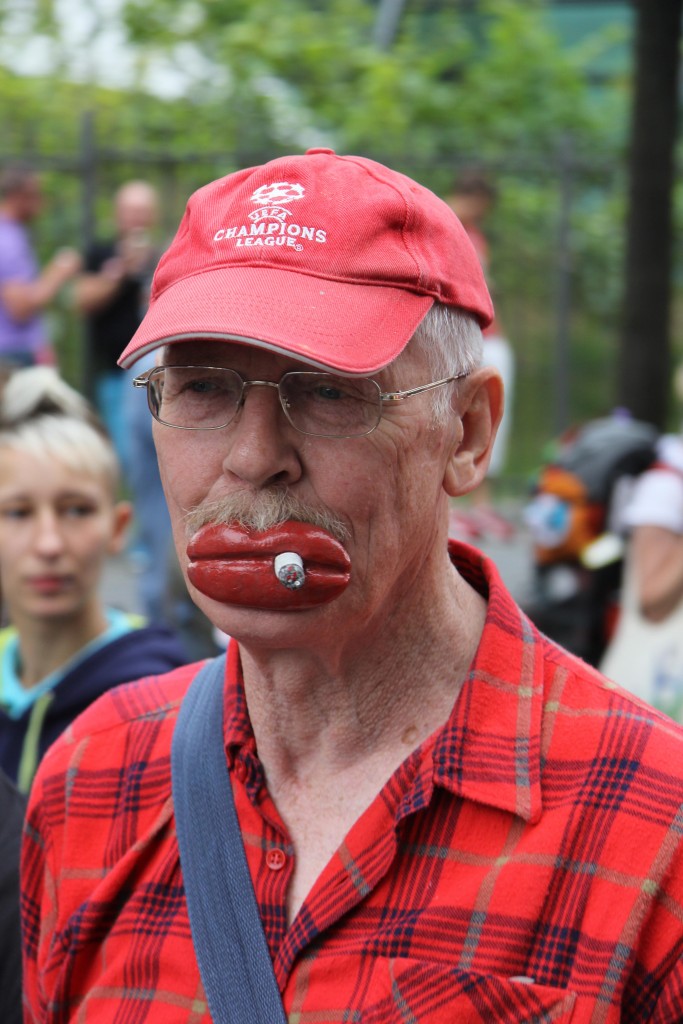 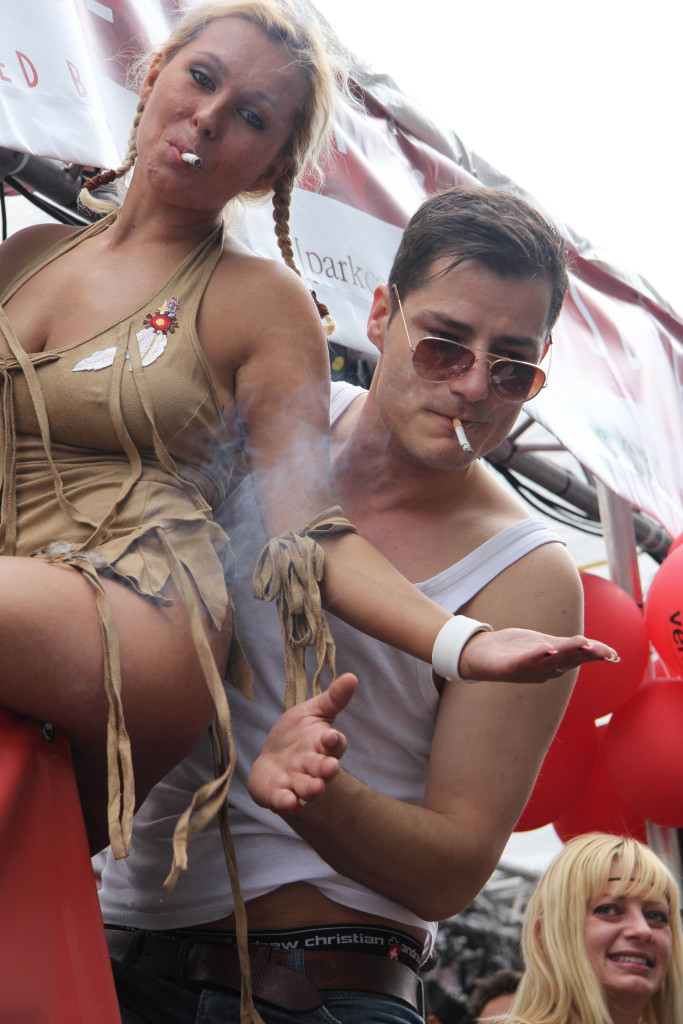 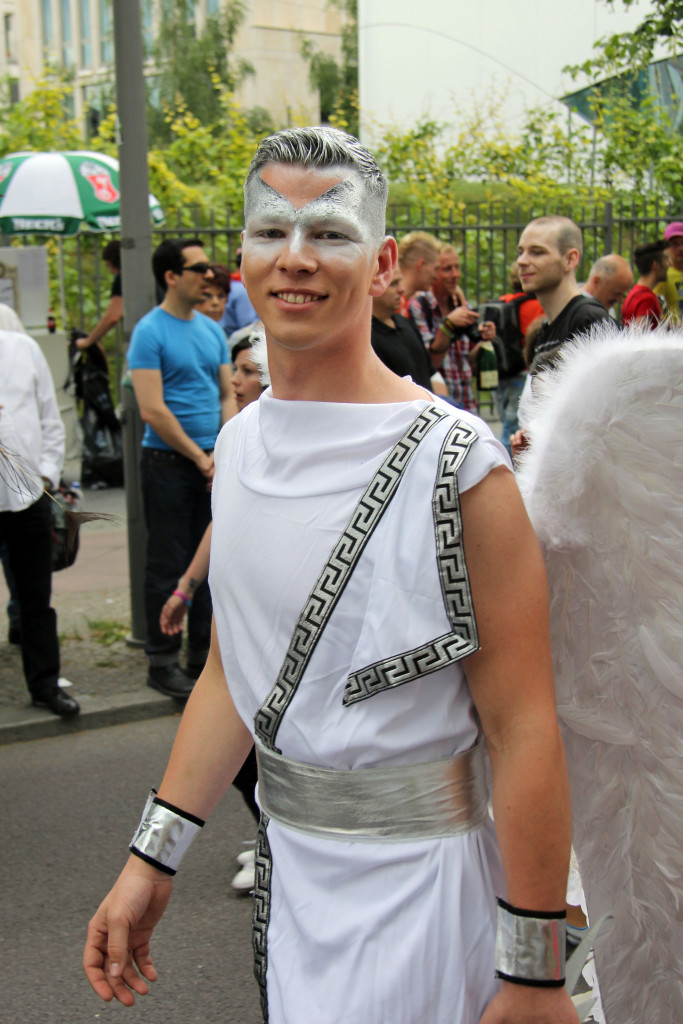 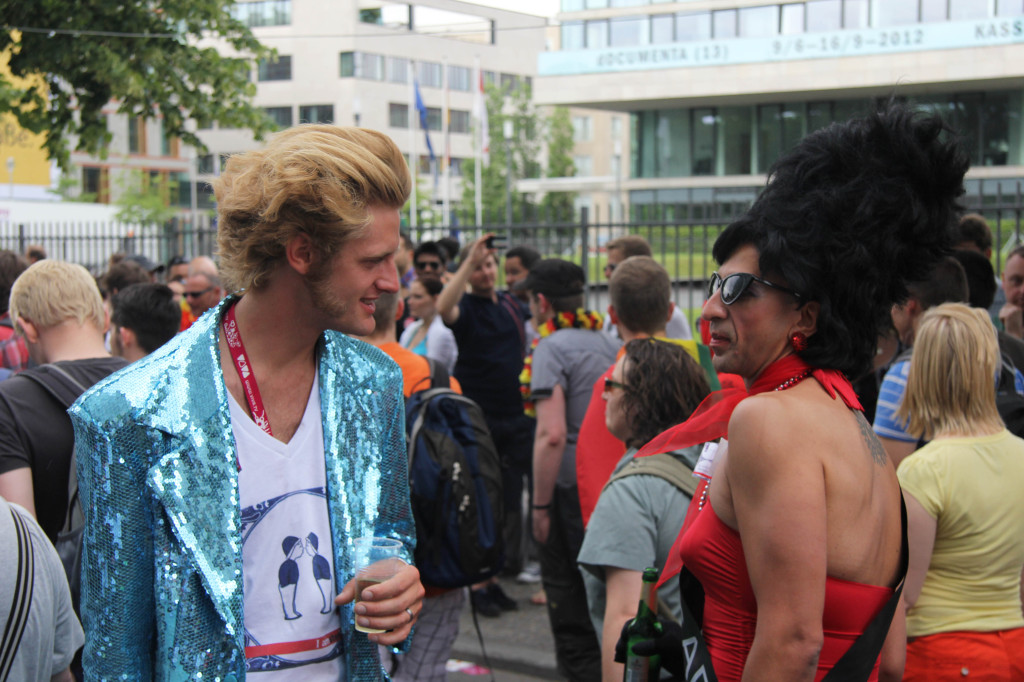 I’m only guessing, but I don’t think this guy liked me… 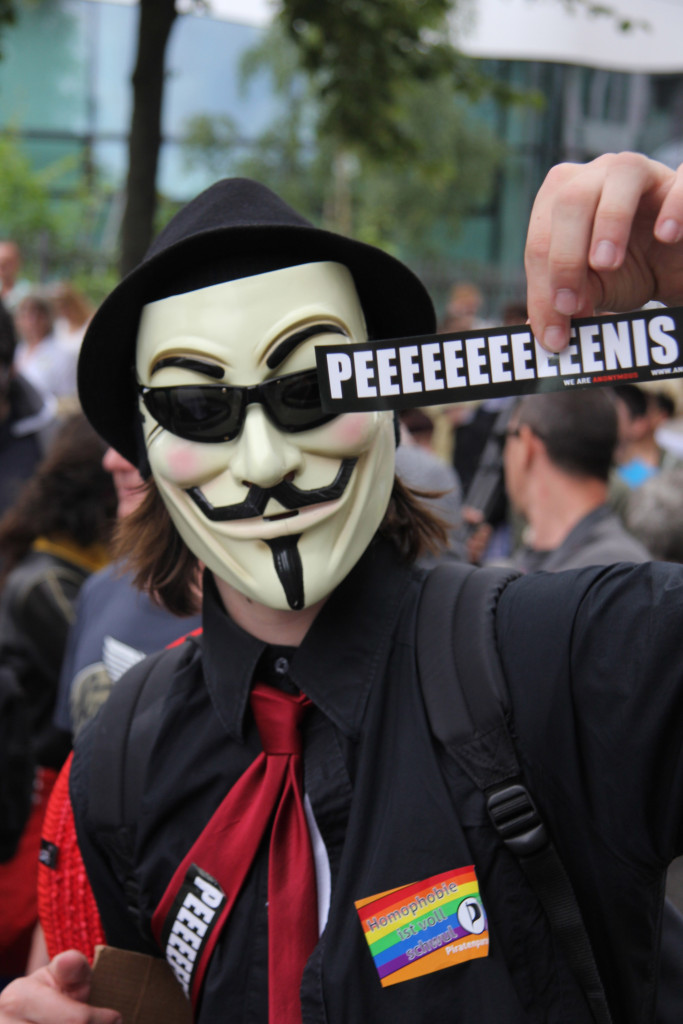 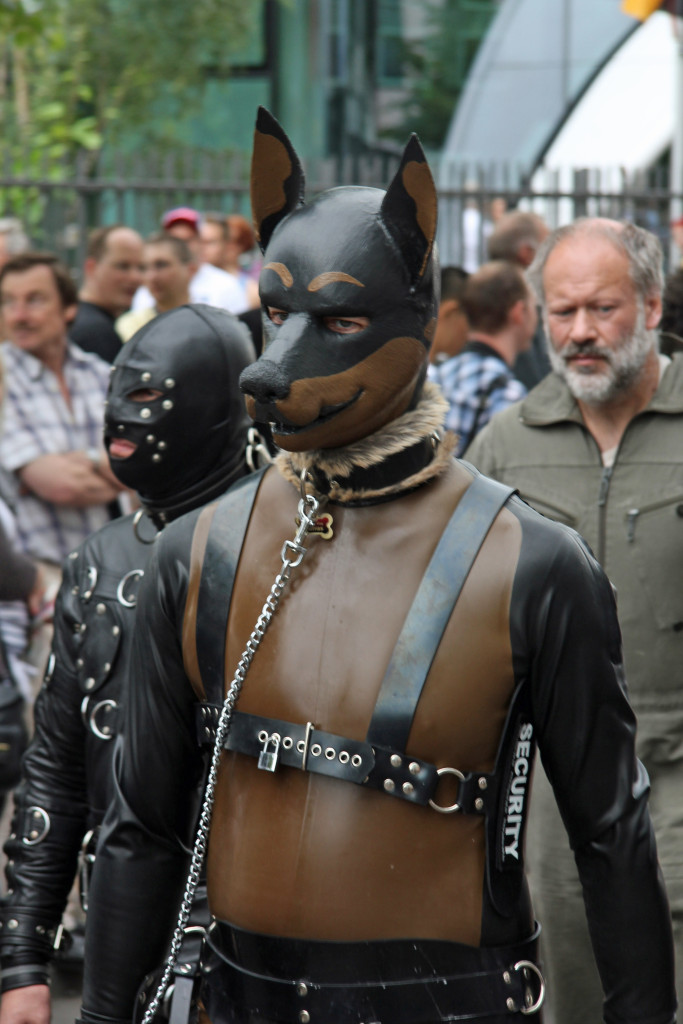 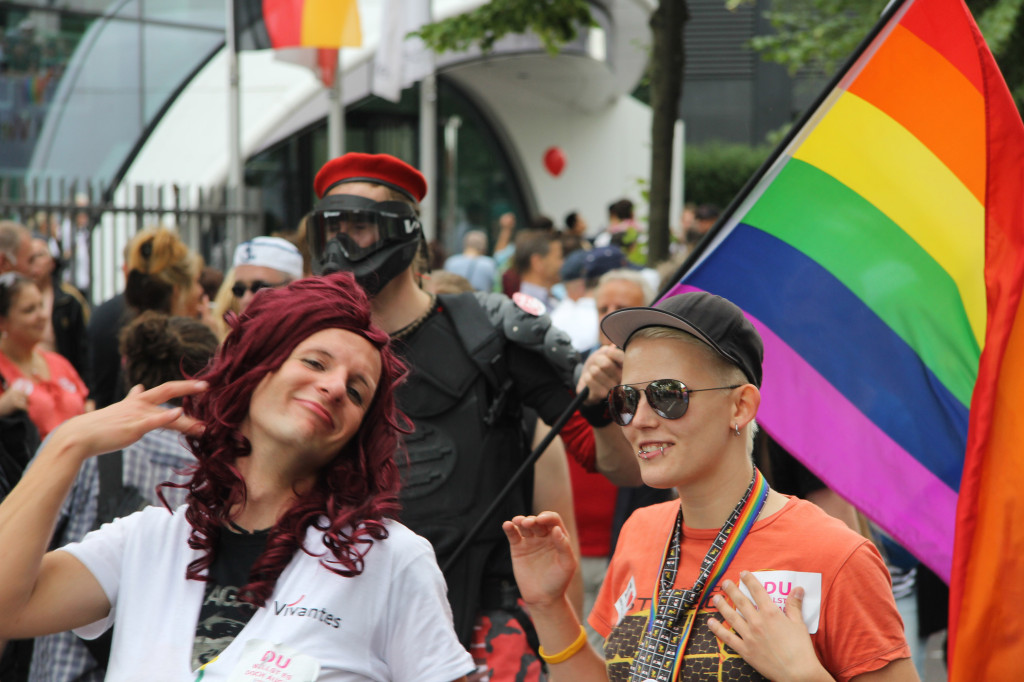 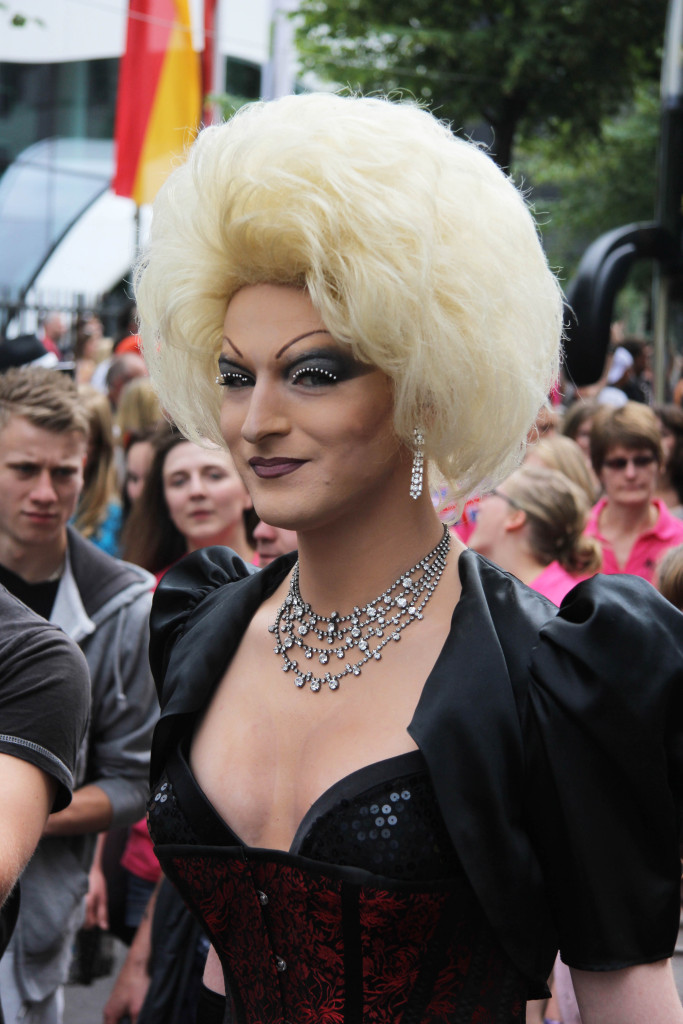 It’s only right that the Queen should be there… 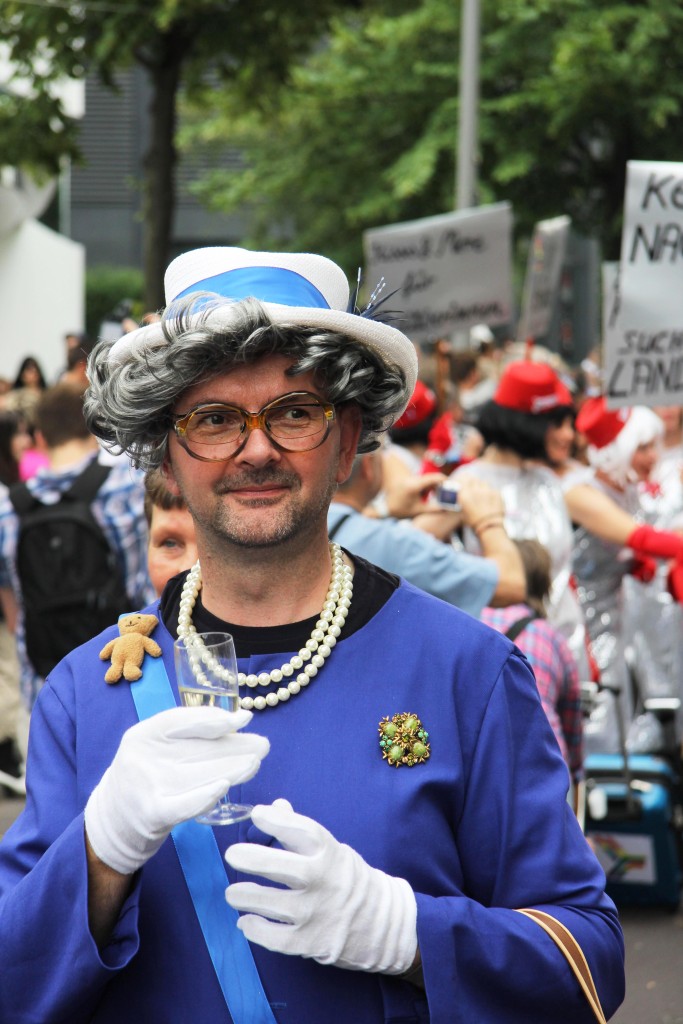 And this group dressed as the grandmothers from Russia’s Eurovision Song Contest 2012 were a big hit with the crowd. 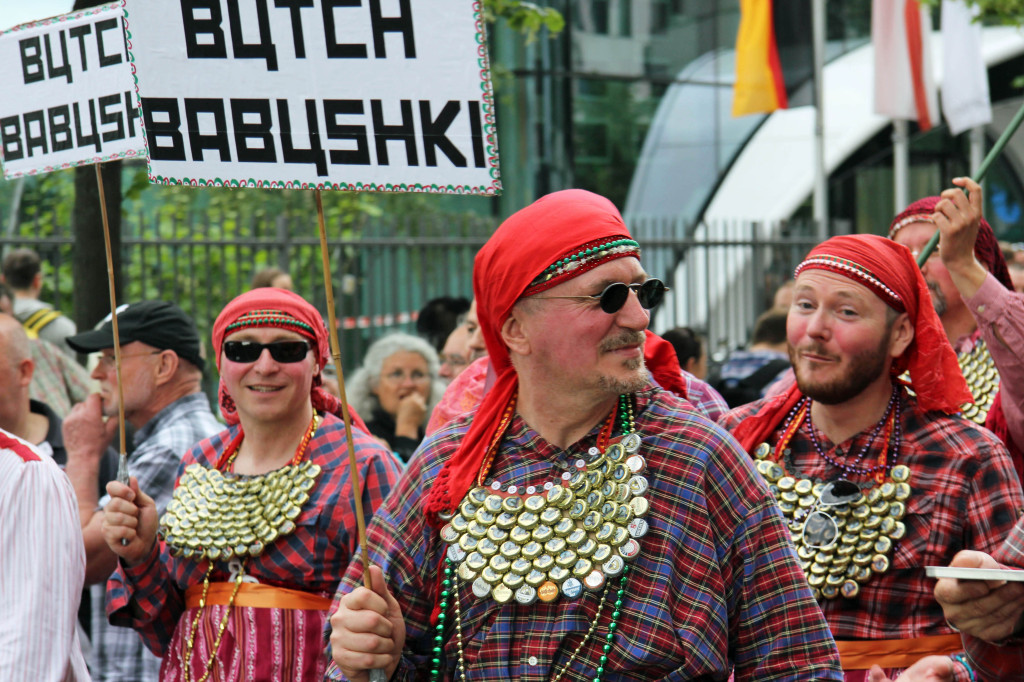 As I walked back to Potsdamer Platz to get the U-Bahn home, the clean up operation was already underway – just minutes after the tail end of the parade had passed through.

Berlin’s Gay Pride, The Christopher Street Day Parade is a colourful spectacle, pure theatre and above all good (but not all clean) fun.

Stolpersteine 107 – 110
GEMA Protest at the Kulturbrauerei