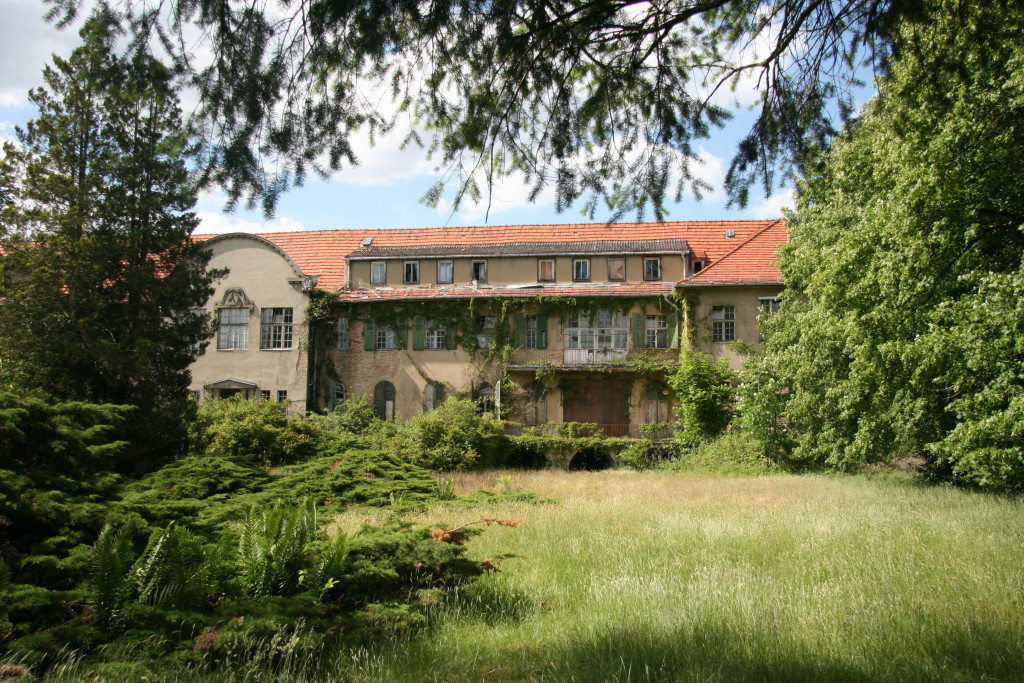 On Saturday, Digital Cosmonaut and I met again to explore another of Berlin’s abandoned places, often referred to as Sanatorium E.

After the success of our trip to Kaserne Krampnitz, which you can see more of in my post and on Digital Cosmonaut, we were determined to see more of Berlin’s derelict buildings before they are lost to developers or vandals.

Looking for places to go on our second foray I spent some time on the internet googling ‘abandoned places’ and trawling through urbex forums.

Not much to go on I grant you but on Friday evening I got an e-mail back to say that he had managed to track it down and a plan was made to meet the next day.

On Saturday as before, we met at Alexanderplatz and a train and a bus ride later we were standing by the side of a road in the middle of nowhere.

After a short wild goose chase, having set off in the wrong direction, we got our first sighting of the building and walked along the perimeter fence looking for a way in.  It didn’t take long to find a section of the fence that had been trampled down and we stepped over and onto the property.

Entering the building proved to be equally straightforward.  There was an open doorway just a few metres from where we had crossed the fence.

We walked through a storage room with a partially collapsed roof, through a tiled room that may have once been a kitchen and straight into one of the photos we had both seen often in our research, the piano room. 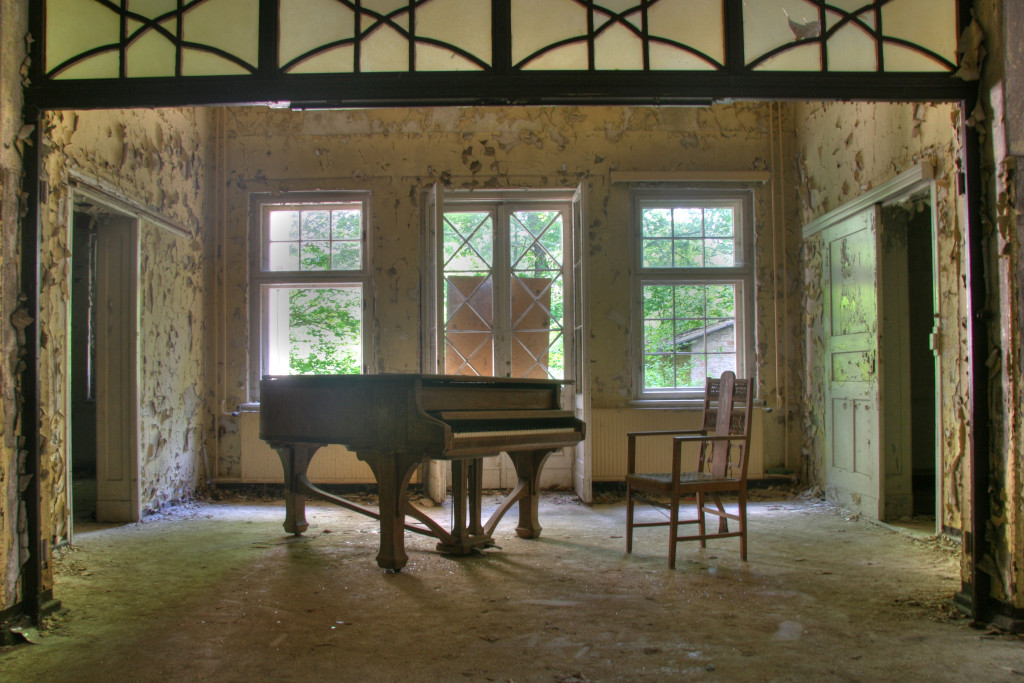 It was whilst we were here that we first had company but thankfully it wasn’t security.  A group of four people came in and were a little surprised to find us taking photographs.  We in turn were confused as to their interest in the building if they weren’t taking photos, though we later came to the conclusion that they were on some kind of treasure hunt or geo-caching trip.

As we set off along the main corridor we realised that this would be a very different experience to our outing to Kaserne Krampnitz and most of our photos would be about ‘the details’.

I took a lot of photos of switches, bottles, sinks and signs.

It was when we went up to the attic rooms that my heart first quickened. Treading carefully across a creaking floor we spotted a camp bed posed under a skylight. 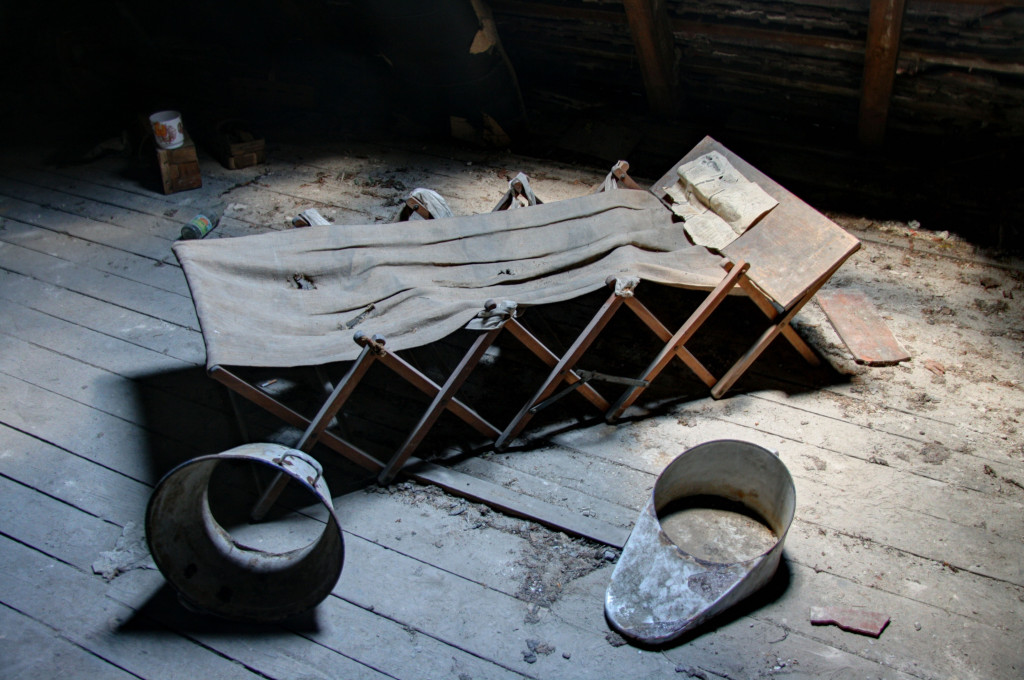 And nearby was a cup on an upturned basket, which also caught my attention. 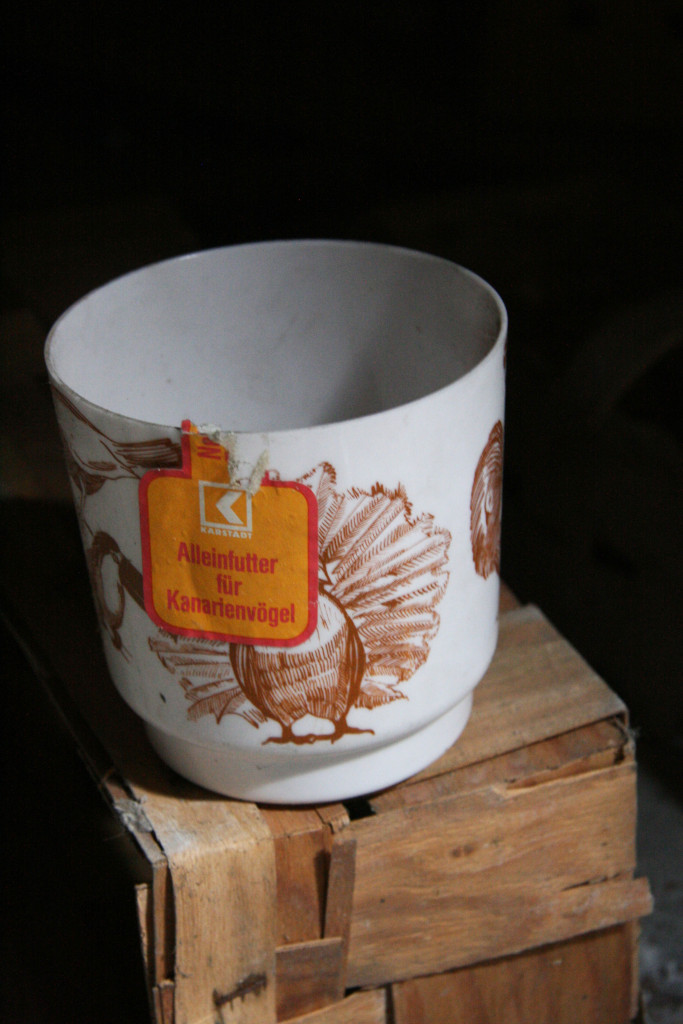 As did an empty bottle of Maracuja (passion fruit drink) lying on the floor. 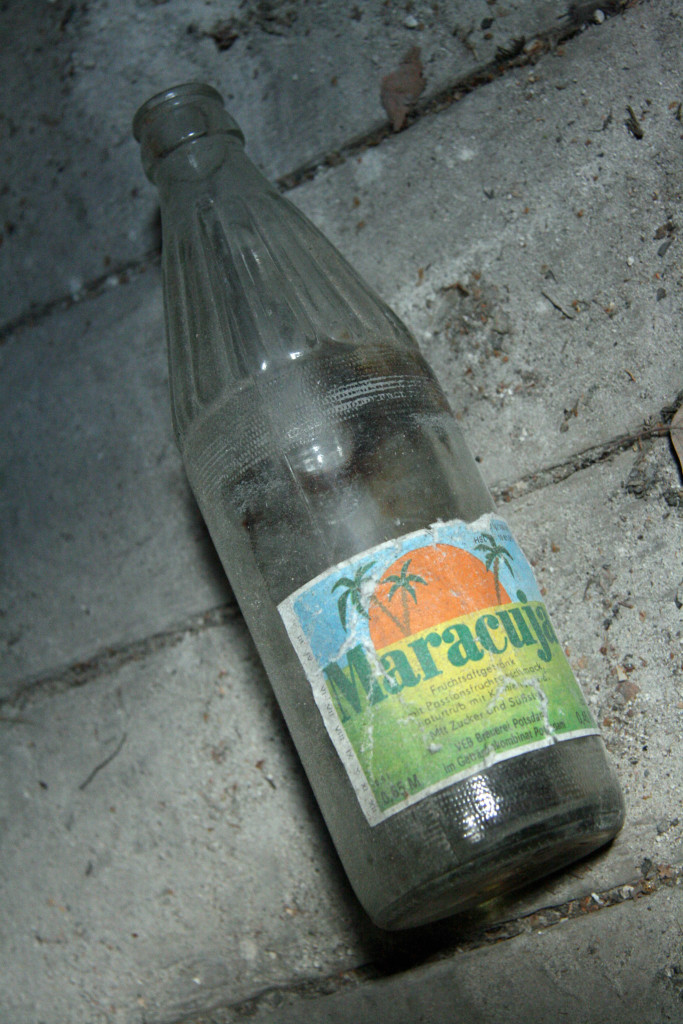 A panel surrounding a flue as it poked through the roof above this scene had been painted red and made it look in the dim light as if the roof had caught light. 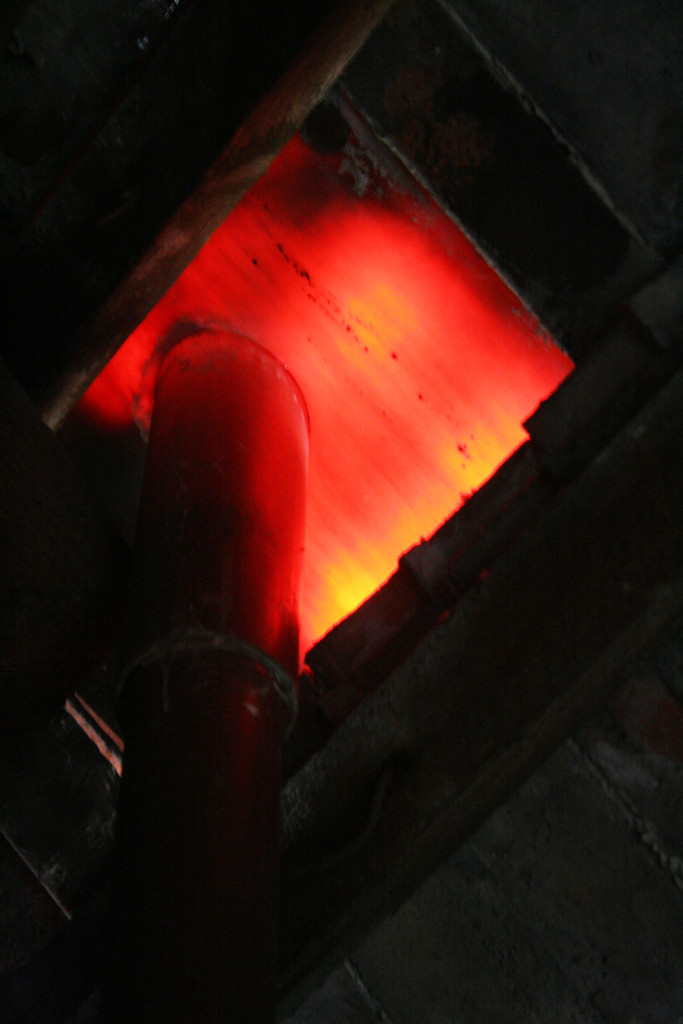 Another of the more intriguing finds and most obvious photo opportunities of the day was a bottle of Fusilade, a herbicide, posing in a medicine cabinet with a surgical glove in a glass beaker.

The sign states ‘Only drugs intended for use on patients should be kept here’. 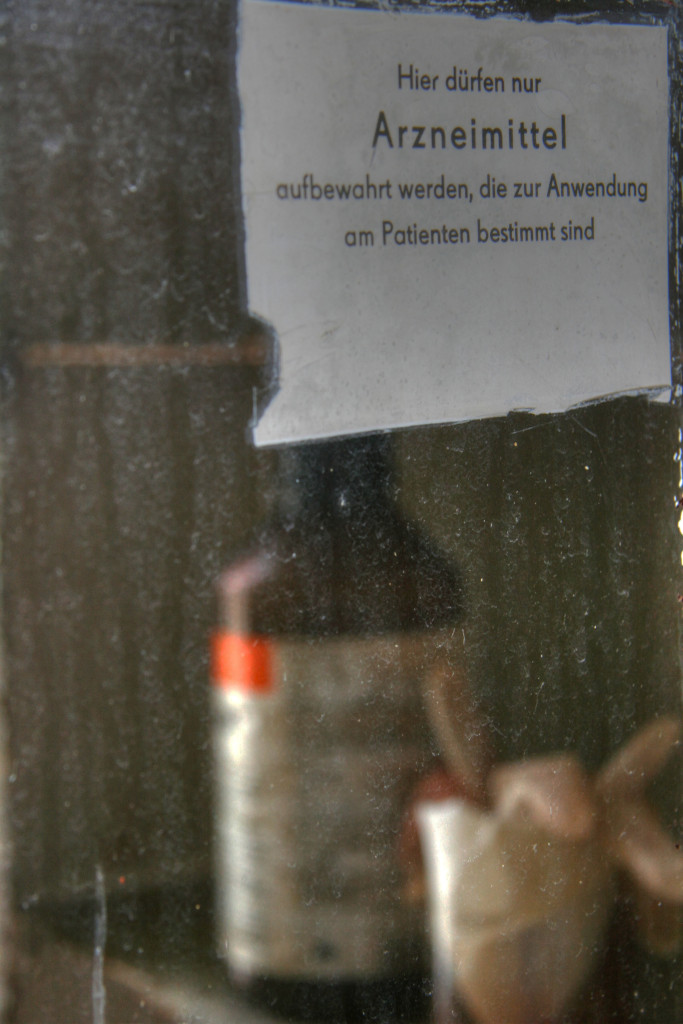 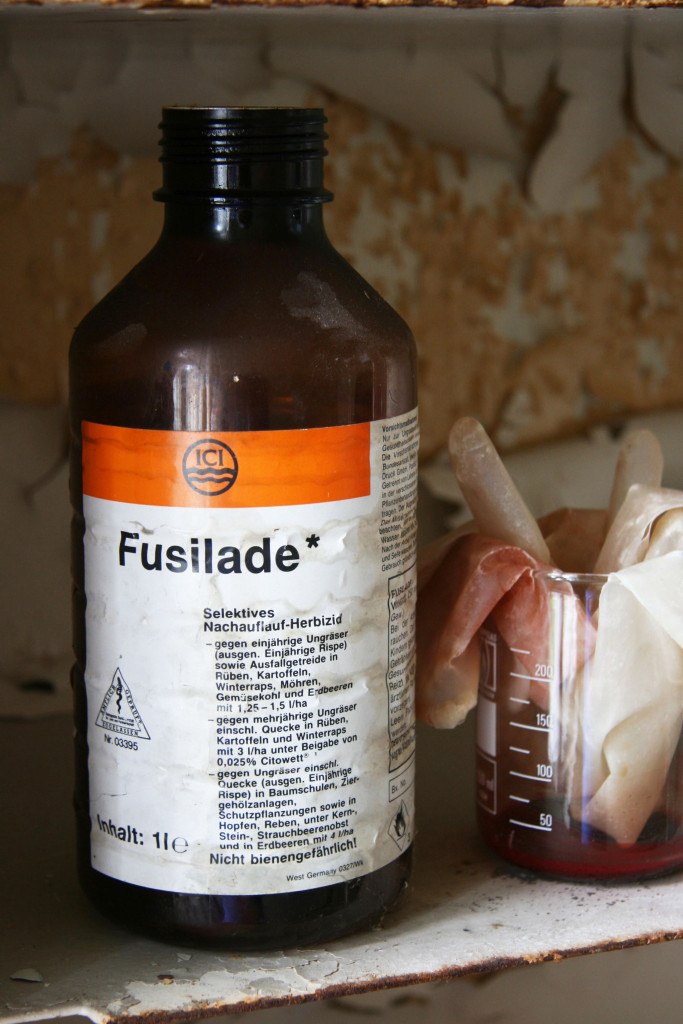 Here are a few more things that caught my eye in the building. 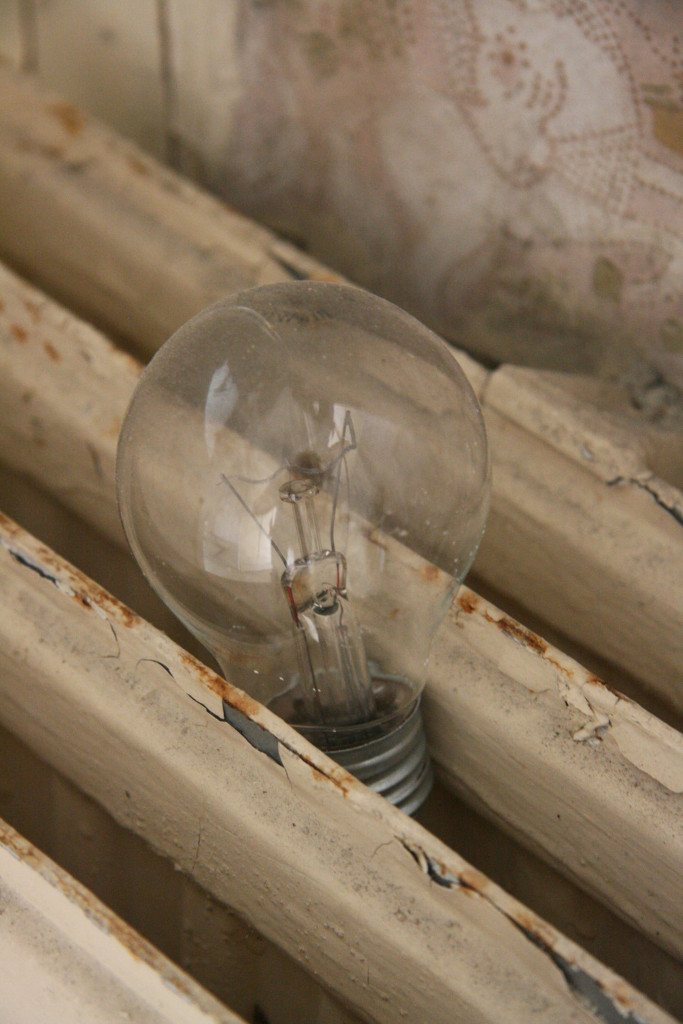 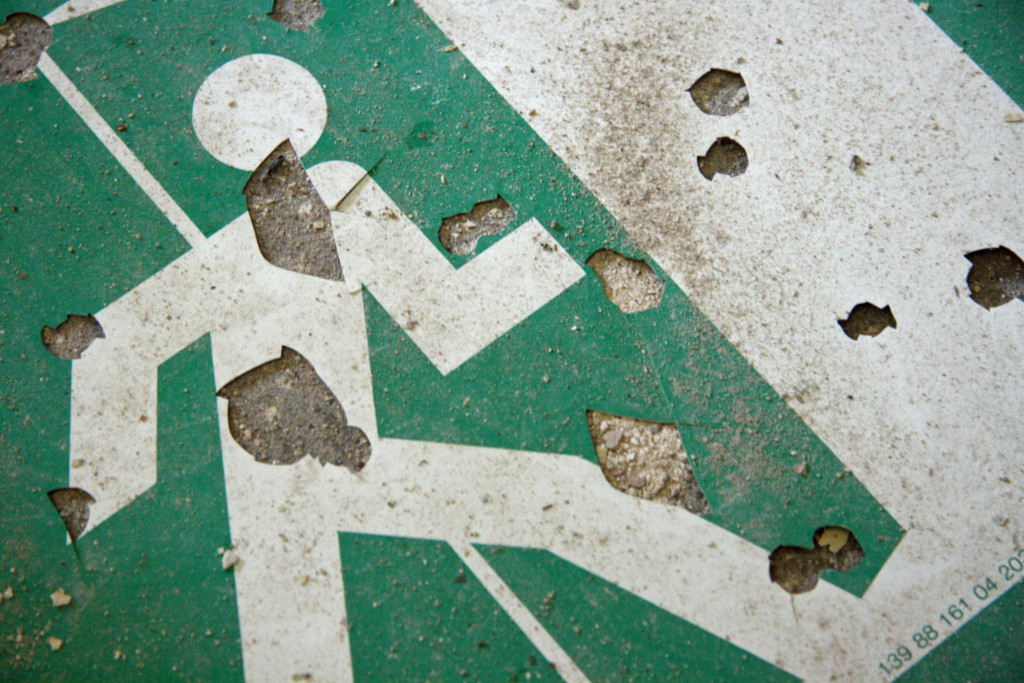 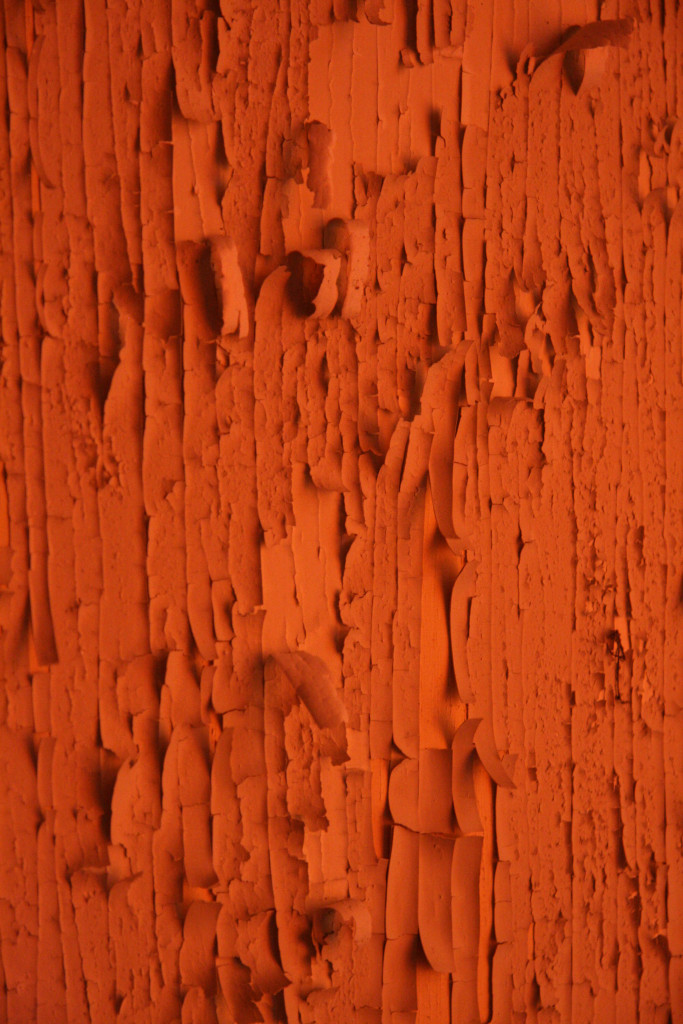 Unsurprisingly in a clinic that treated Tuberculosis patients we came across a number of signs stating ‘Rauchen Verboten’ (smoking forbidden), including this one on a verandah that may have been used by patients to get the benefits of some fresh air. 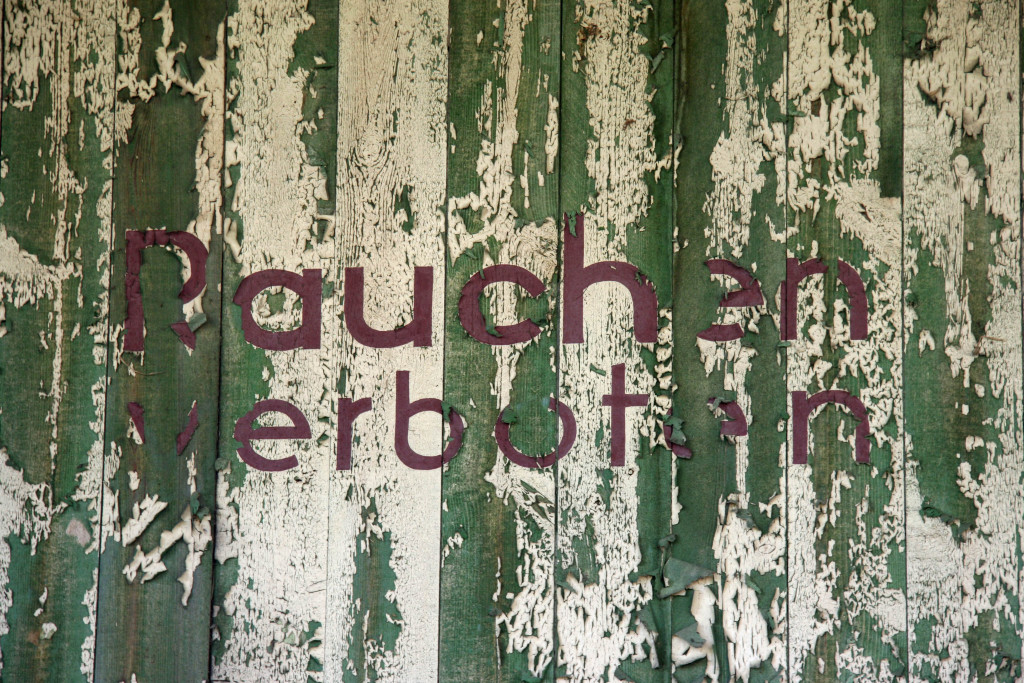 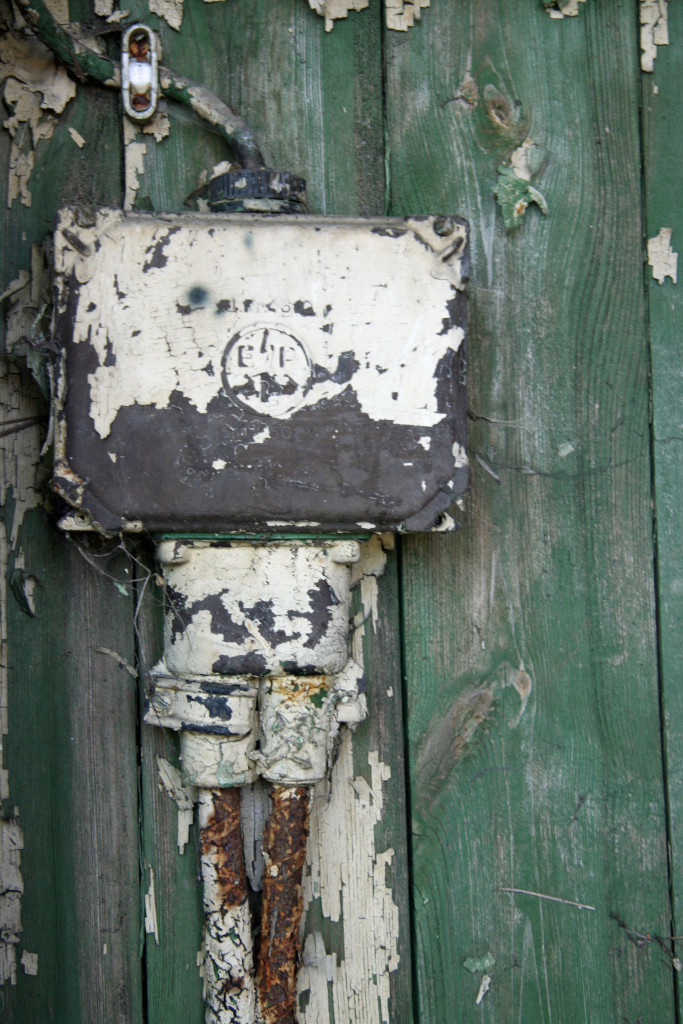 We were careful to take nothing, leave only footprints and would have closed the door if possible. 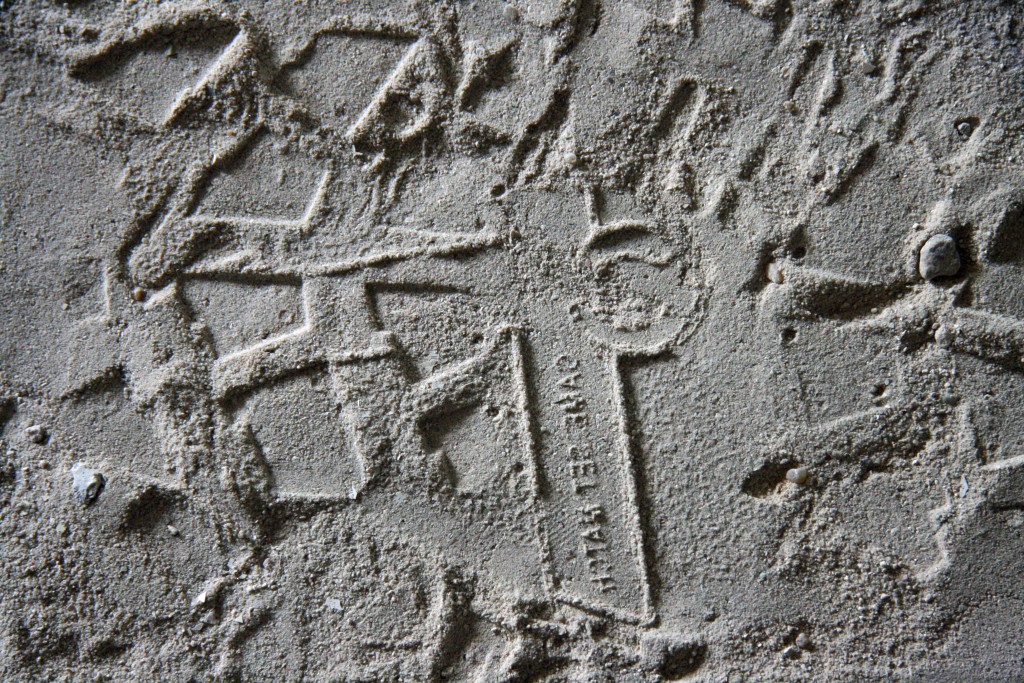 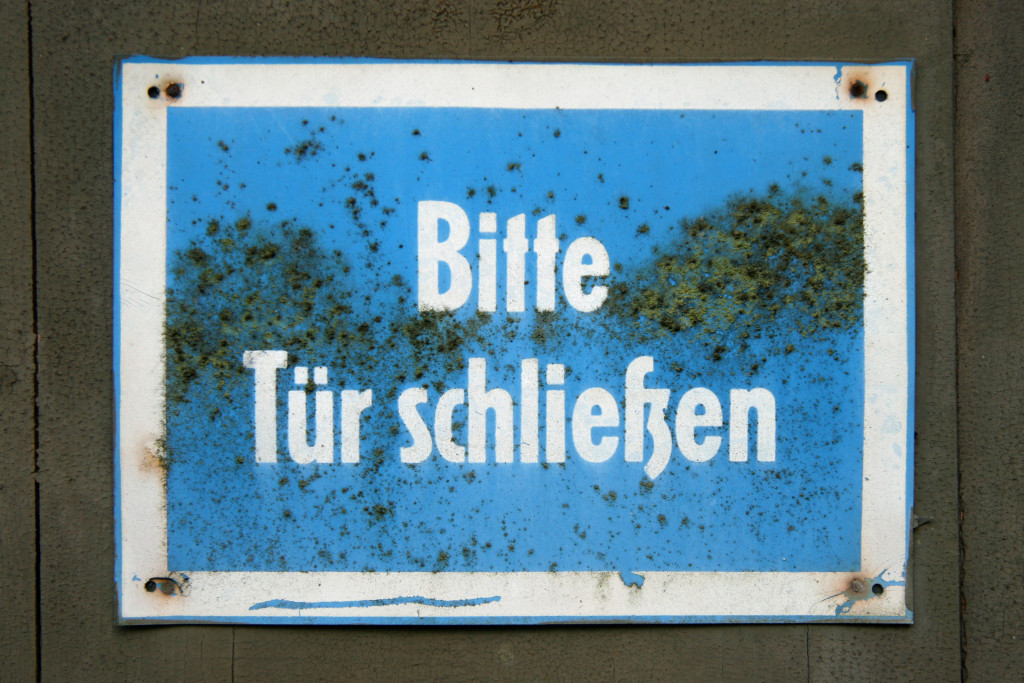 Sanatorium E is well worth a visit for anyone in the Berlin area with an interest in urban exploring (urbex) and the abandoned building and general state of dereliction make for some great photo opportunities.