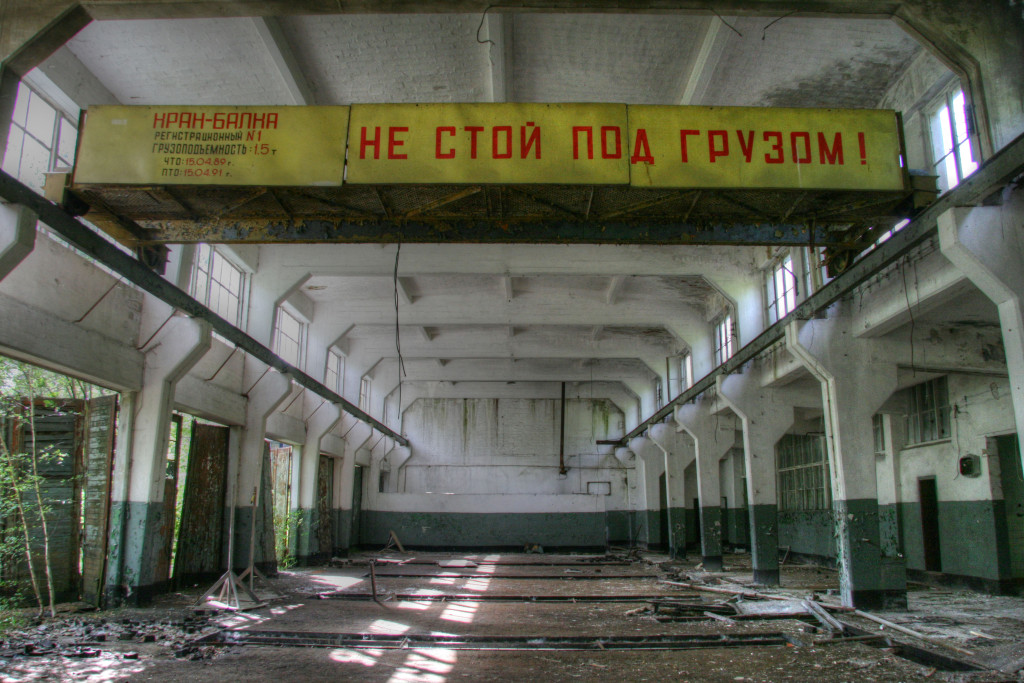 Kaserne Krampnitz (Krampnitz Barracks) is one of Berlin’s unofficial tourist attractions.  The site was first occupied by the Nazis and after the end of WWII the Soviets moved in.

I have wanted to explore it since I came across a description of a visit on Abandoned Berlin, an invaluable resource for anyone thinking of visiting some of Berlin’s less obvious places of interest.  So when Digital Cosmonaut got in touch after reading my Hitler’s Folly – Schwerbelastungskörper post to see if I would be interested in going to some of Berlin’s abandoned sites for some urbex experiences, I jumped at the chance.  If these sneak peek photos are anything to go by I can’t wait to see his post.  ***Update: the full post is now up and the photos are just as good as I expected, check them out here.***

We arranged to meet at Alexanderplatz and after hopping on a train and a bus we arrived at Krampnitz.

The former military base is surrounded by a high wall, fences and locked gates but we quickly found a gap in a fence and crawled through.

The complex covers a vast area and many of the buildings here look alike.  With hindsight we should have had a system so we could tell which buildings we had been in and it was shortly before we left as we were discussing this that I spotted a number on one of the buildings. 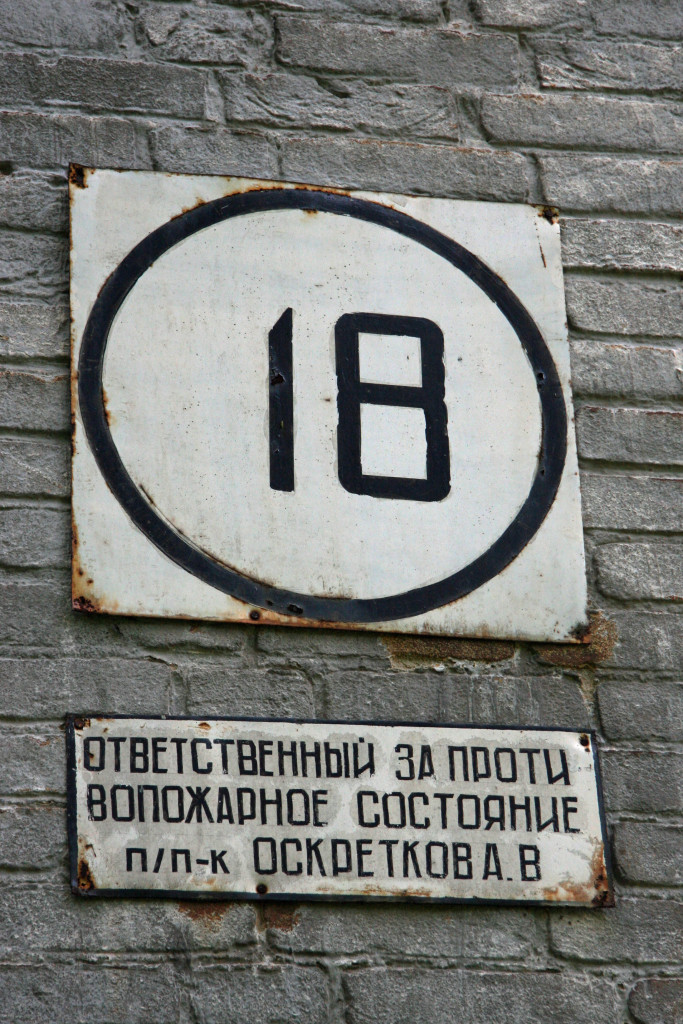 It was clear from our wanderings that the Soviets loved their basketball – we found two basketball courts – and valued sporting pursuits.

Art also seemed to play a big part in their lives, as there were artworks lying around and many murals on the walls. 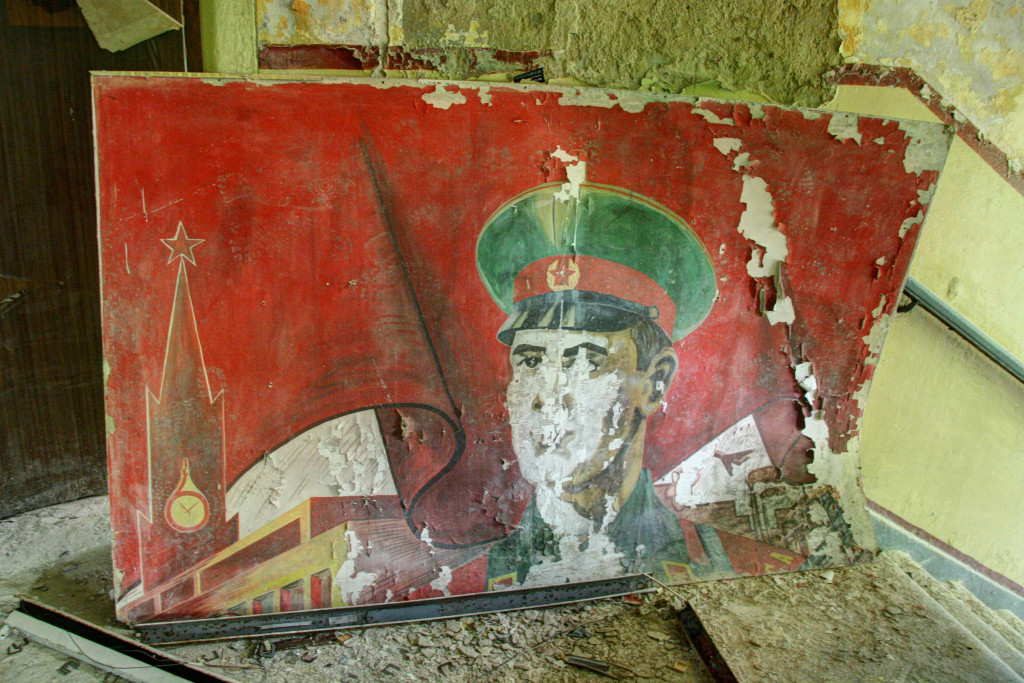 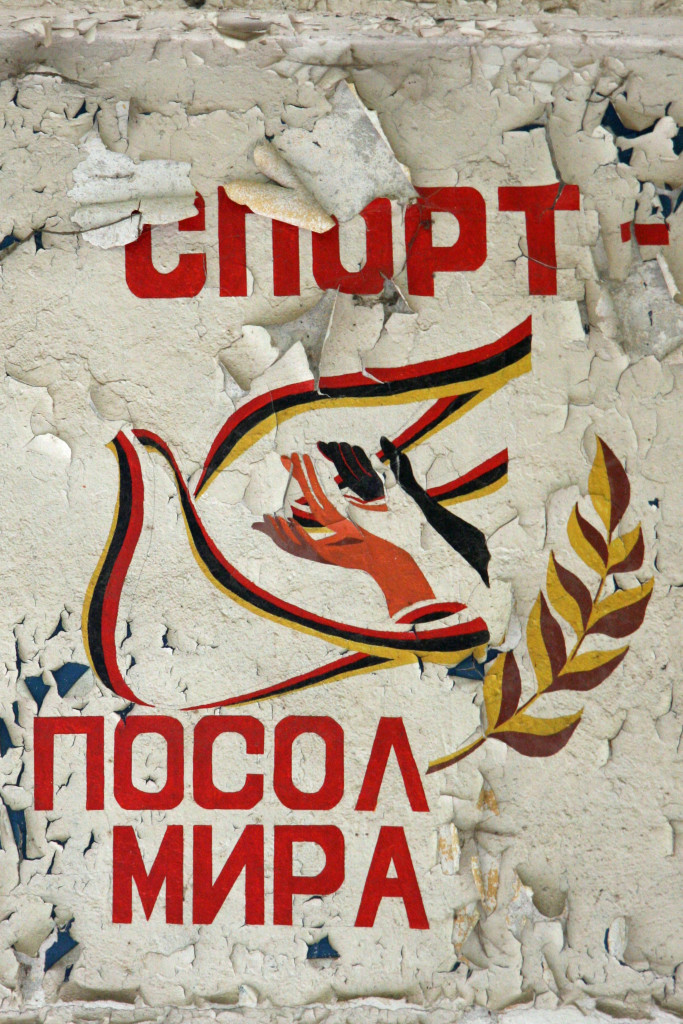 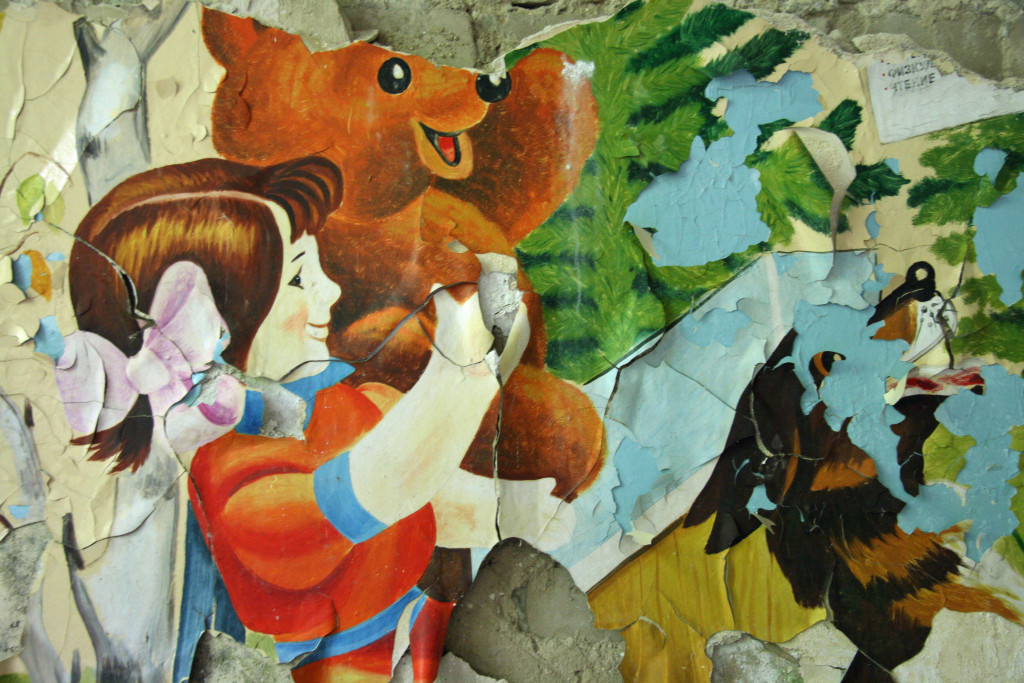 And a number of the buildings had impressive external decorations, some of which also showed the appreciation of athletic prowess. 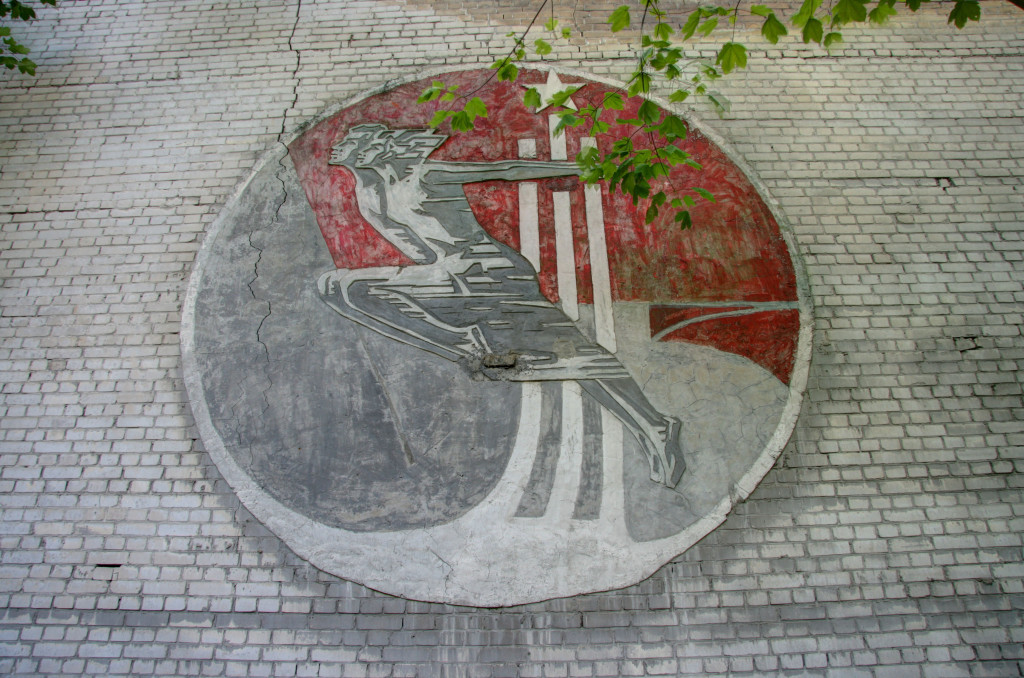 As well as the Soviet art there were some more recent additions, including these two Street Art pieces from BLO. 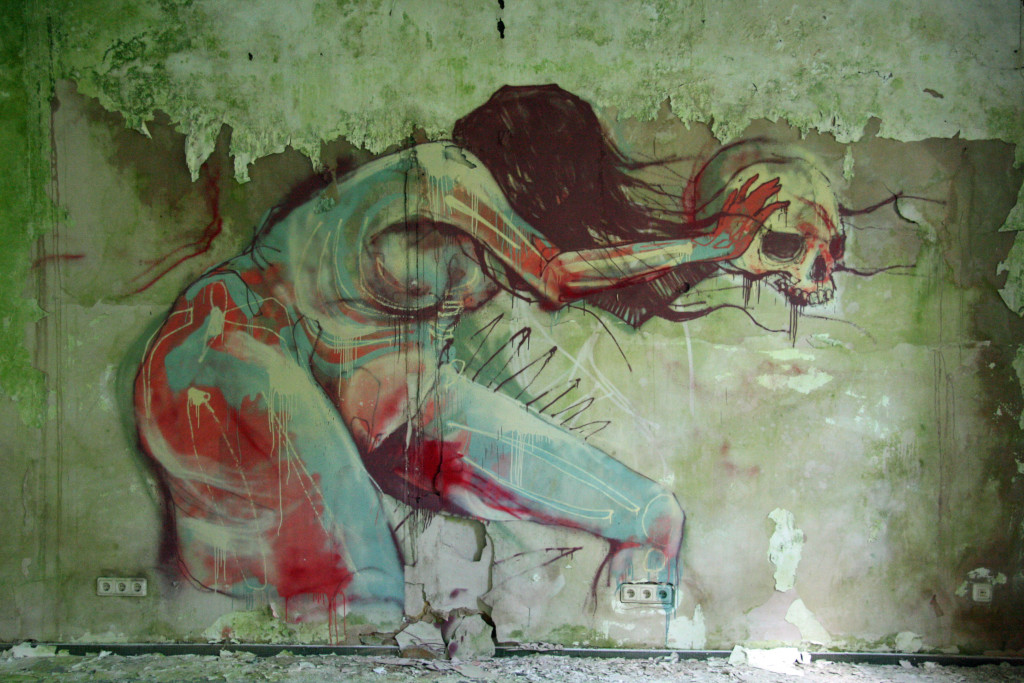 And I spotted three pieces by Matt Adnate, who featured in my All those in favour say ‘Eye’ post. 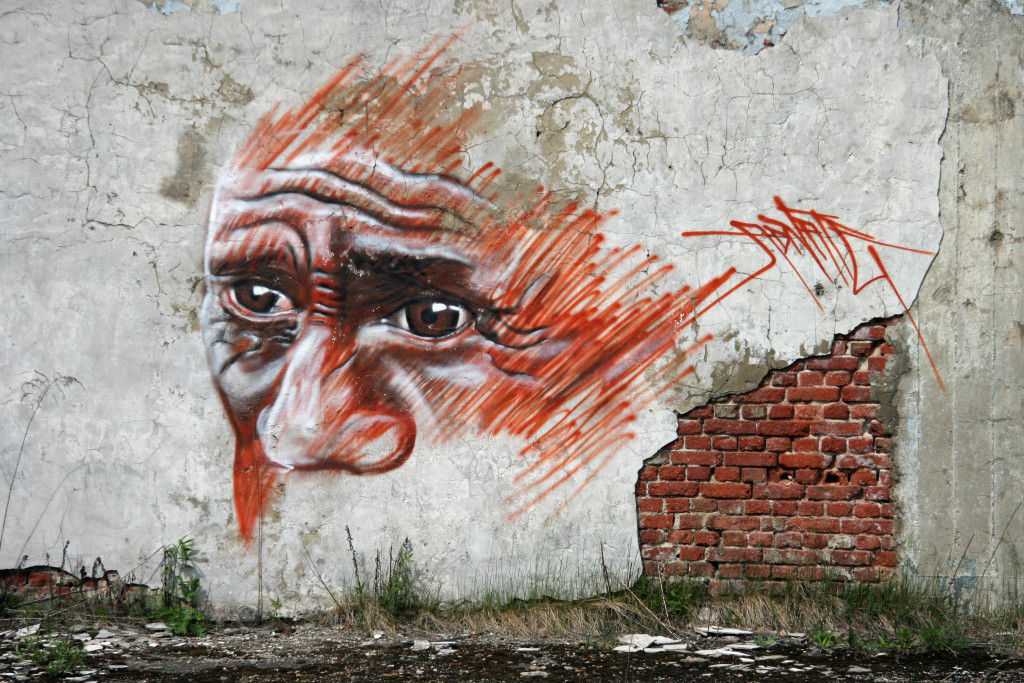 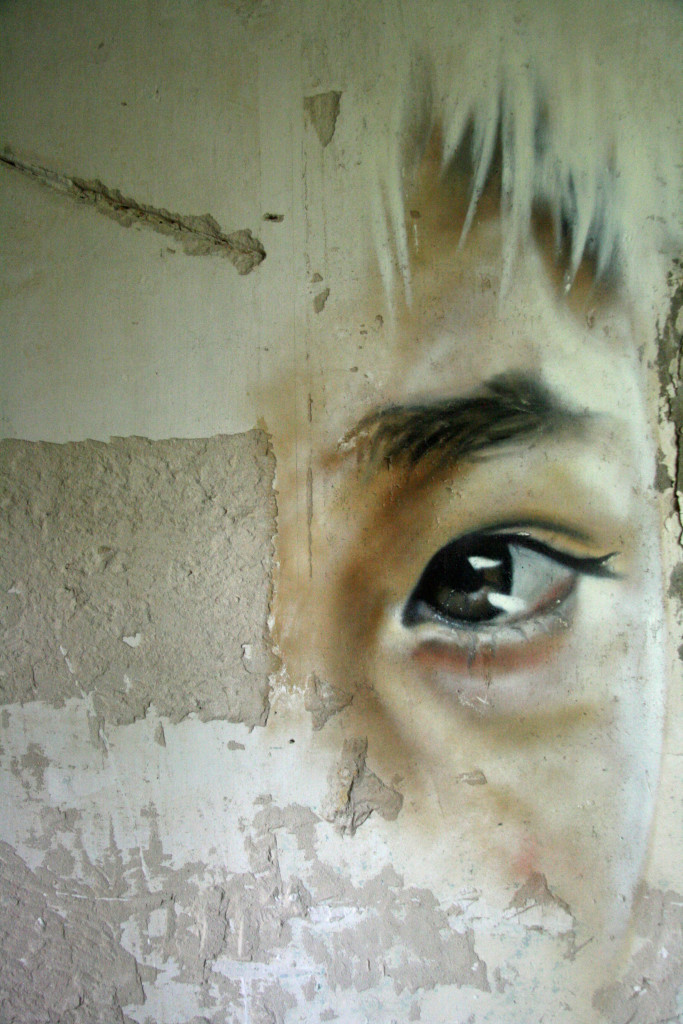 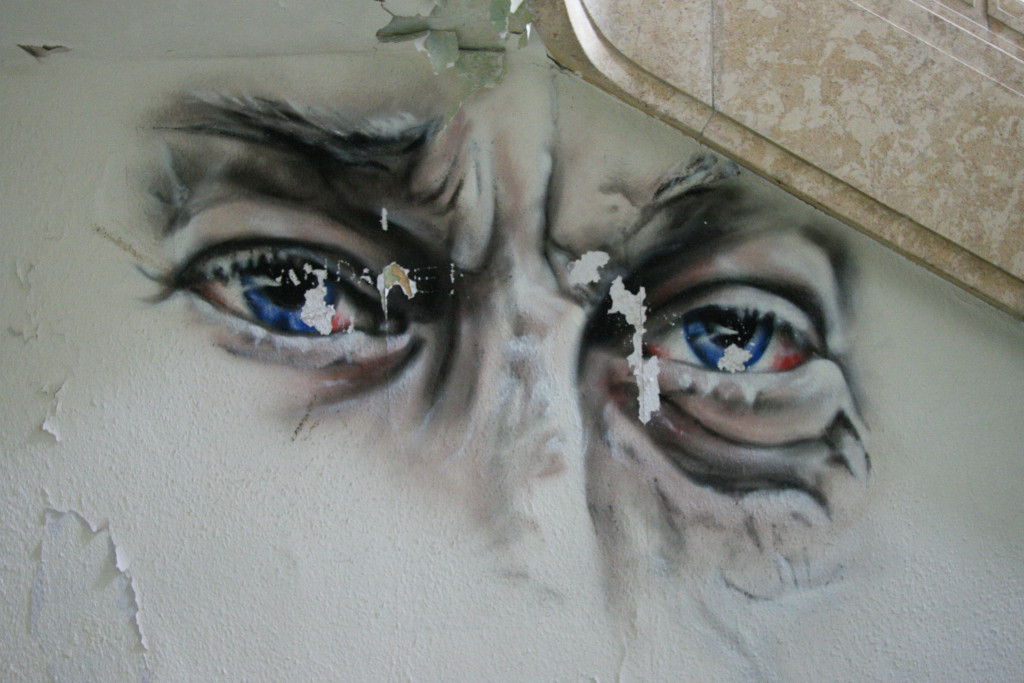 The most written about and photographed feature at Krampnitz must be ‘The Nazi Eagle’, a mosaic on the ceiling of one of the grandest buildings in the complex.

Having researched Kaserne Krampnitz before we set out this was one thing we were determined to see.  After several hours it remained undiscovered but having explored most of the buildings we were pretty sure we knew where it was.

And when we finally saw it, it certainly wasn’t a disappointment. 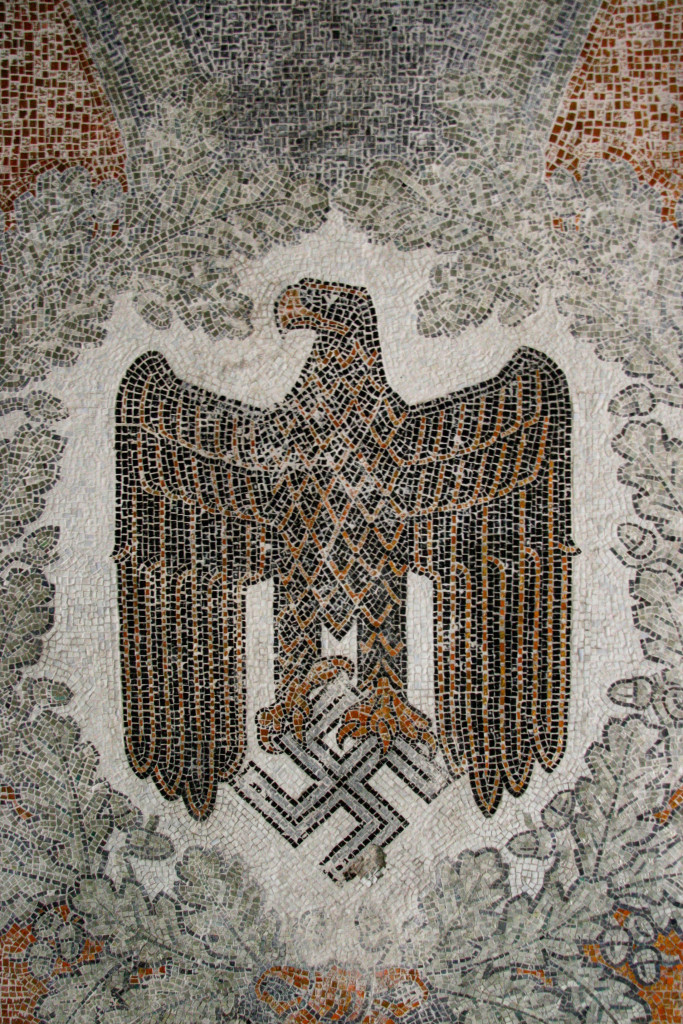 There has been a lot of speculation about whether it is ‘genuine’ because the Soviets wouldn’t have left it intact and many other decorations and symbols have been destroyed.

I don’t know the answer.  All I know is that it is easy to appreciate the attention to detail and craftsmanship and whilst it is the symbol of an evil regime, it’s impressive.

It’s probably a good thing that we didn’t find this earlier in our search because some of the other buildings might have been an anti-climax.

There were other times when I wondered if some of the things we saw were props rather than original items.  If it is authentic, this uniform was definitely posed for photographs. 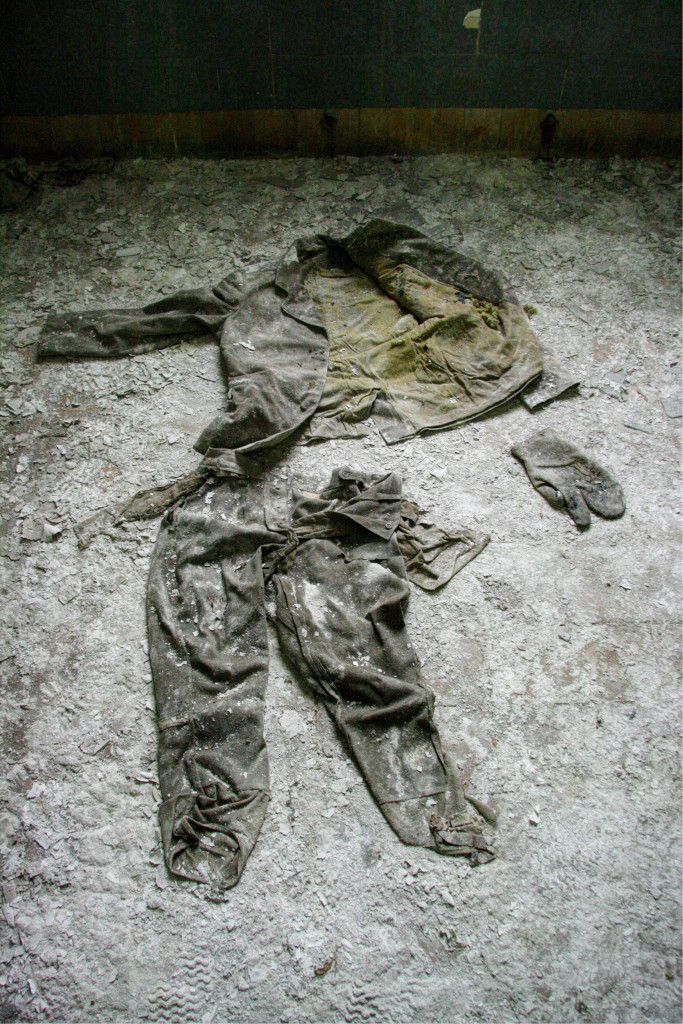 And I’m not sure if some of the graffiti has been added since the military left, even if the writing is Russian. 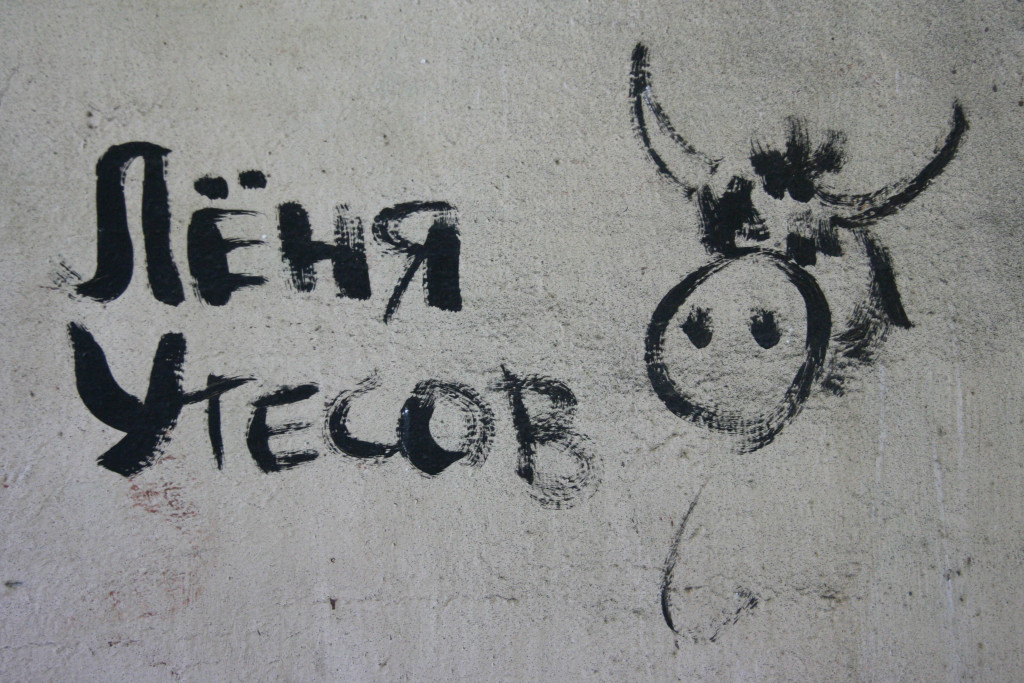 If you are thinking of exploring Kaserne Krampnitz I would definitely recommend going with a friend.  There are indications that people have lived there or partied there recently, including signs of drug use and abandoned buildings are a little creepy even if they’re not inhabited.  I almost jumped out of my skin when a bird flew out of its nest a few feet from me as I entered one of the buildings.

As with all buildings that have been left to rot, as well as an abundance of peeling paint and the pervading smell of damp, there are also floors and ceilings at Kaserne Krampnitz that are unsafe and the roofs of some of the buildings have collapsed in places so be careful. 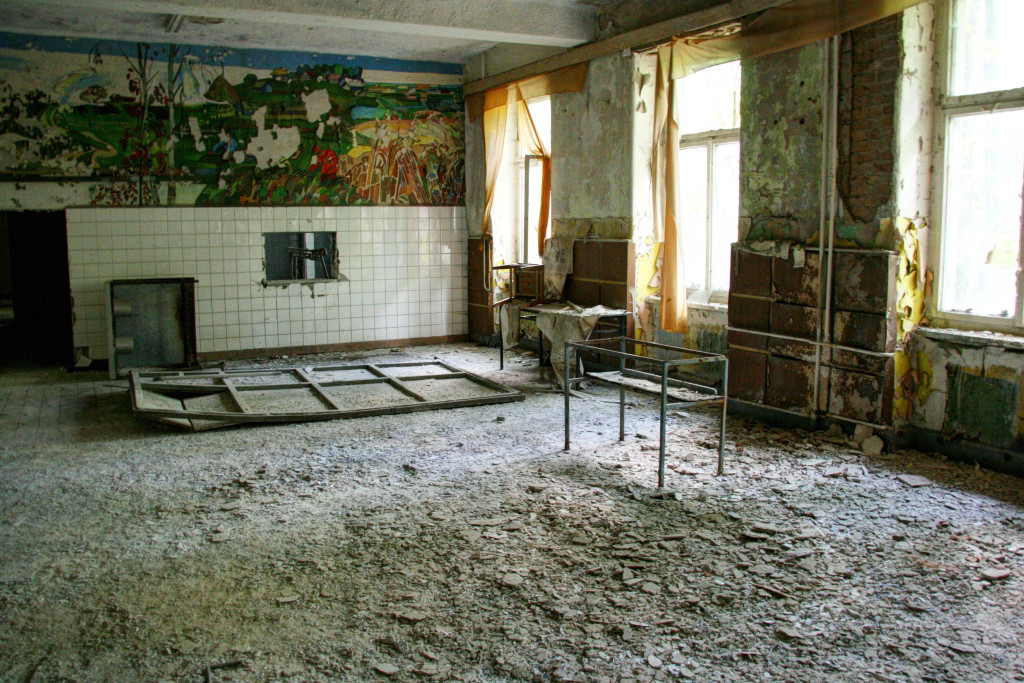 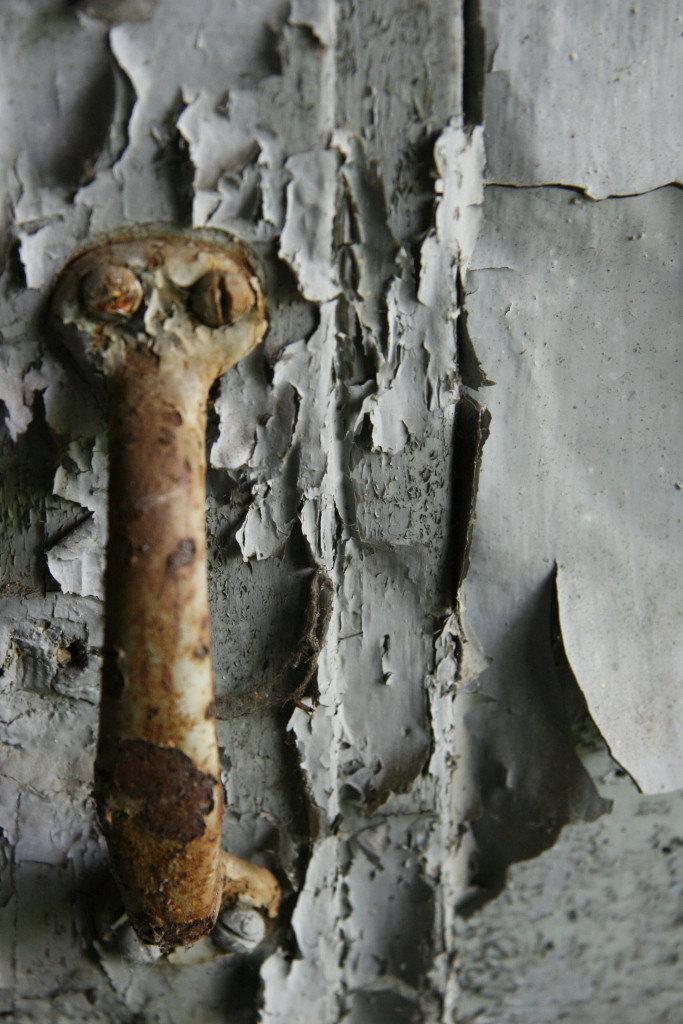