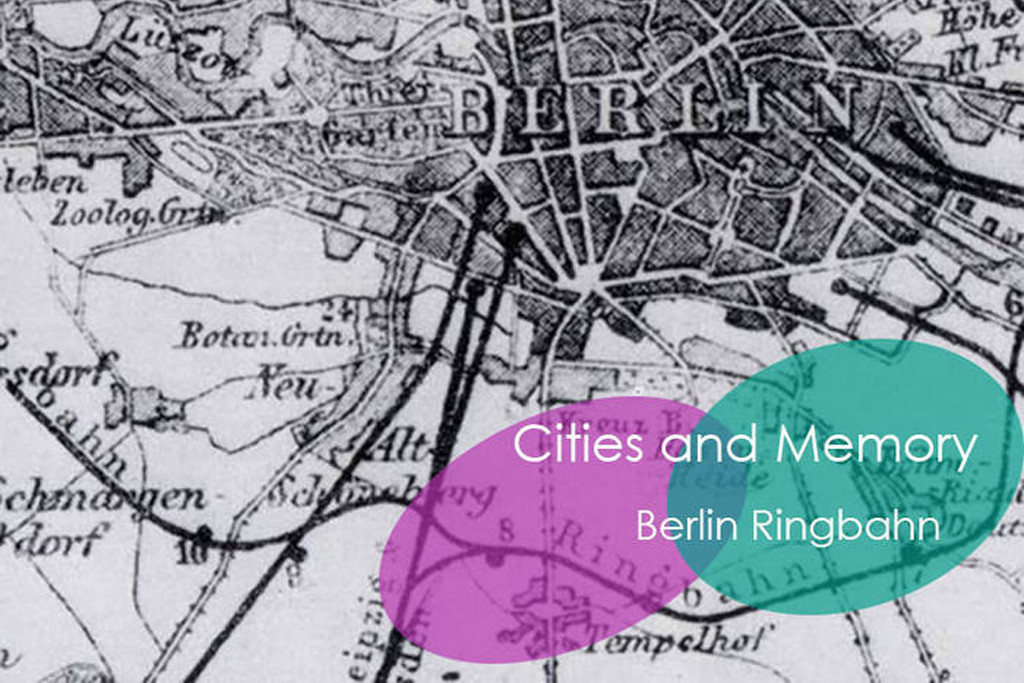 Berlin Ringbahn is a two track album created by Martin Kristopher under the name 3dtorus for the Cities and Memory project.

Kristopher made his recording of the Berlin Ringbahn S42, which travels anti-clockwise around the city, starting and ending at the Halensee station, on a Saturday afternoon in September 2015.

When I recently visited Berlin I finally came to realize a field recording I already had in mind when I didn’t even make field recordings. Of course, by then it was more the shapeless idea of creating an arts tribute to an architectural, infrastructural and social landmark of Berlin: The ‘Ringbahn’ (which means the BVG transportation lines S41 and S42, to be exact).

A full loop of the city on the Ringbahn, Berlin’s equivalent of the London Underground’s Circle Line takes a little under an hour.

Cities and Memory is “a global field recording & sound artwork that presents both the present reality of a place, but also its imagined, alternative counterpart – remixing the world, one sound at a time.”

The album can be downloaded from Bandcamp.

As well as being a document of a moment in time, I can imagine both tracks on Berlin Ringbahn, but especially Ringbahn Reimagined, as the kind of background white noise many people like to work to.