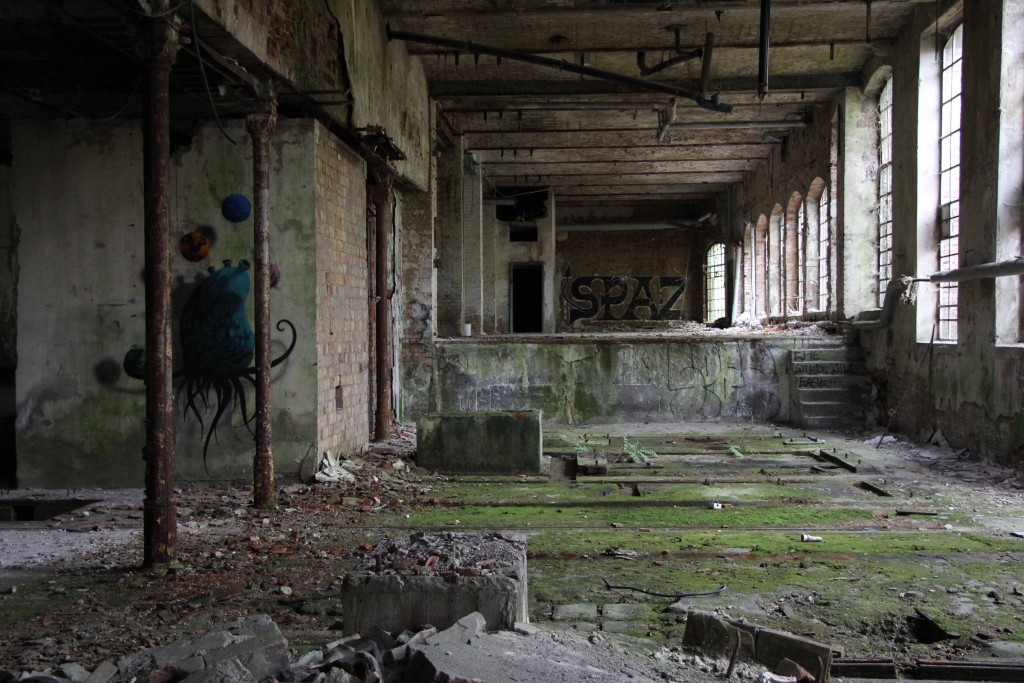 Papierfabrik Wolfswinkel is a disused paper mill about an hour from Berlin by train and bus (including waiting for connections) and an urbex enthusiast’s wet dream.

Last week I met up with a couple of fellow Berliners eager to explore Berlin’s past through its abandoned buildings – Digital Cosmonaut and Irish Berliner of Abandoned Berlin.

You can see Digital Cosmonaut’s post about our adventure here.

After a couple of false starts due to the unsettled weather we decided to head to Eberswalde to check out Papierfabrik Wolfswinkel, which I first heard about when Sherry of Ottsworld took a Photo tour there during her time in Berlin as a guest blogger for Go With Oh. 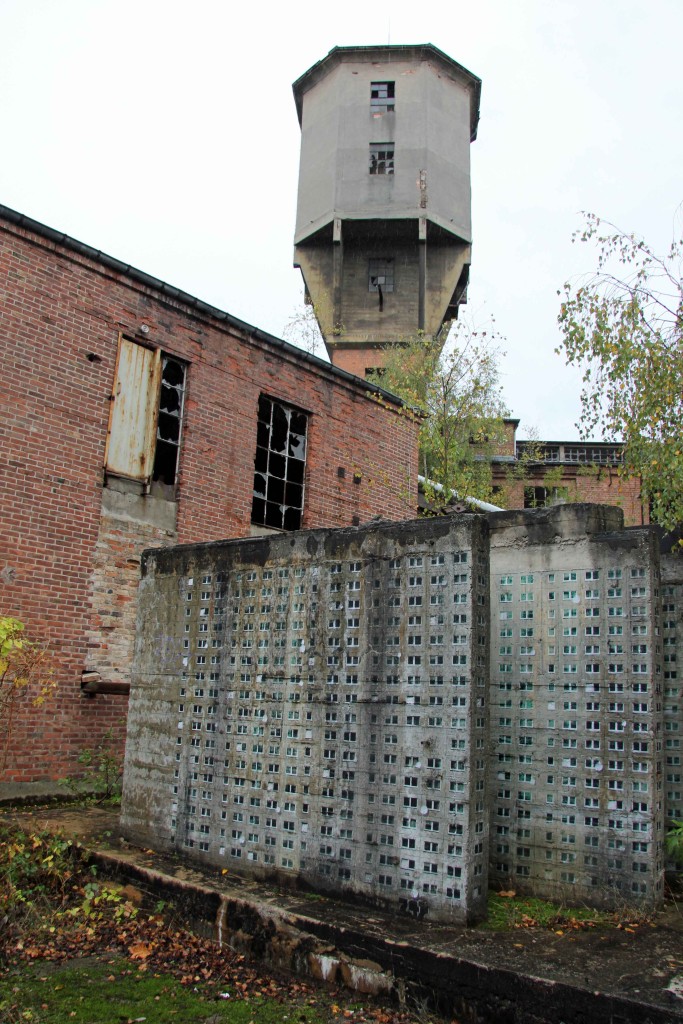 The abandoned paper factory at Wolfswinkel was built in 1762 and is listed as a Baudenkmal – recognition that it is a building of historic importance.

The district of Barnim has a long tradition of paper production dating back to the 1530s and at one time the mills in the area were responsible for the production of all of the paper used by the Deutsches Reich for the printing of banknotes.  Another mill in the area, Papierfabrik Spechthausen, produced the paper used to create the counterfeit pound notes for Operation Bernhard – an attempt to destabilise the British economy during the Second World War.

In 1956, Papierfabrik Wolfswinkel took over the production of a famous handcrafted paper with a woodpecker watermark when the Papierfabrik Spechthausen was acquisitioned by the army.

Unfortunately, the paper factory like many of Berlin’s abandoned buildings was a victim of German reunification.  Paper production ceased in 1992, though it seems some stock still exists and the former owner has opened a paper museum on the site.

Now, the factory is not a lot more than a shell. 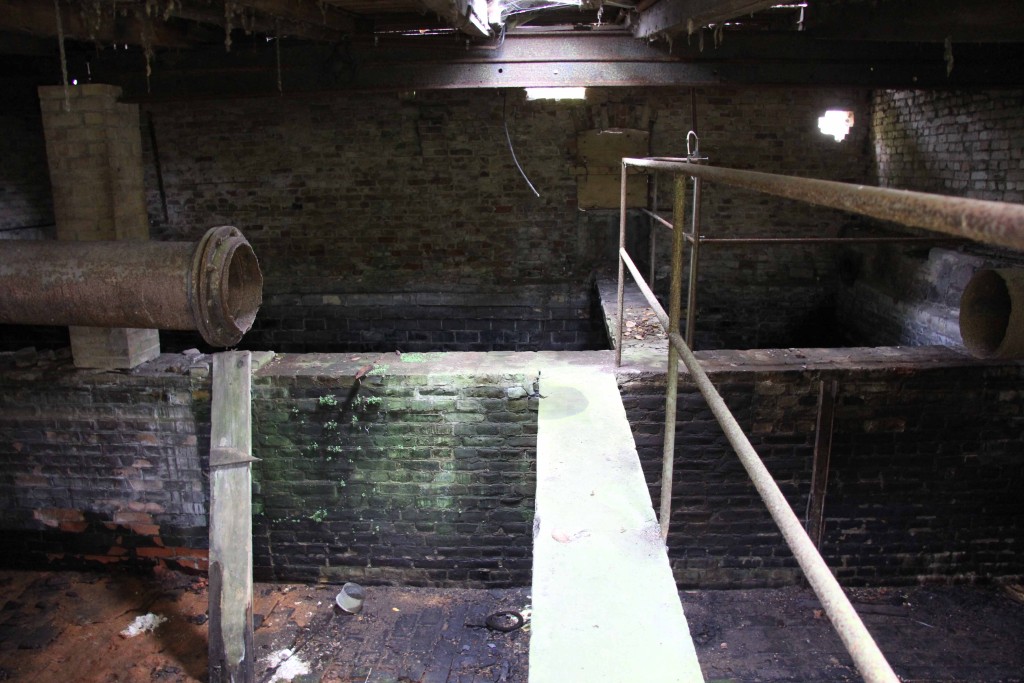 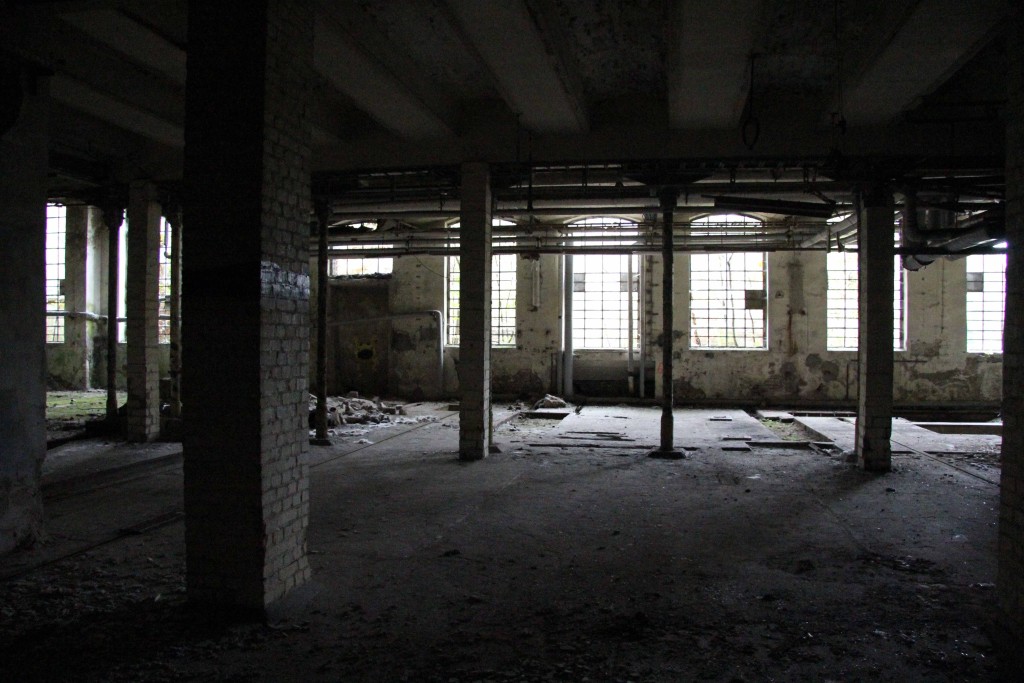 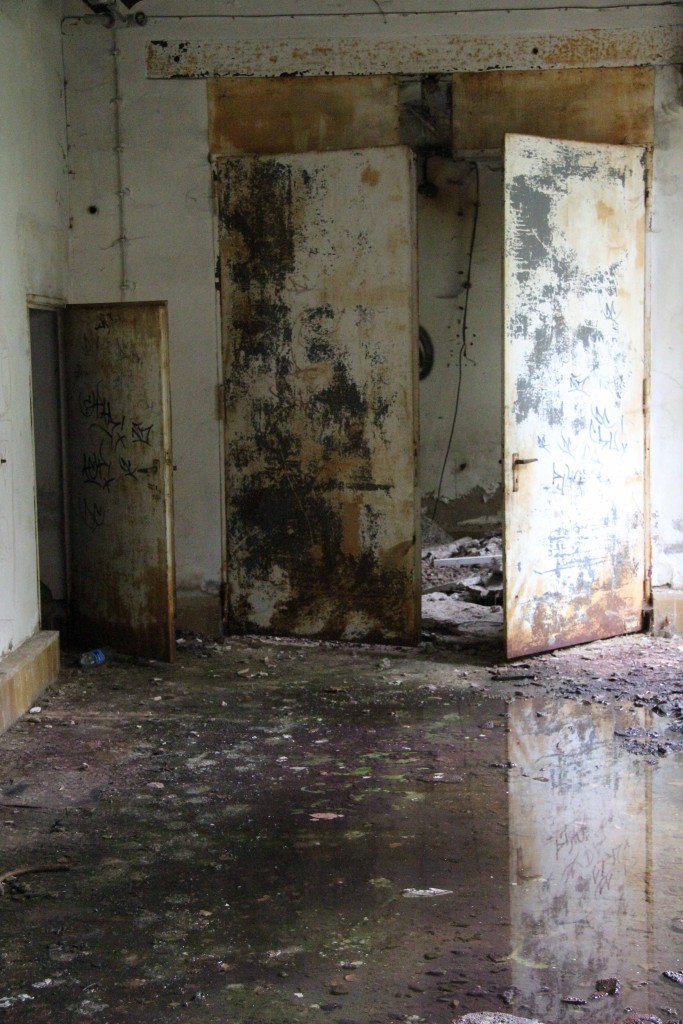 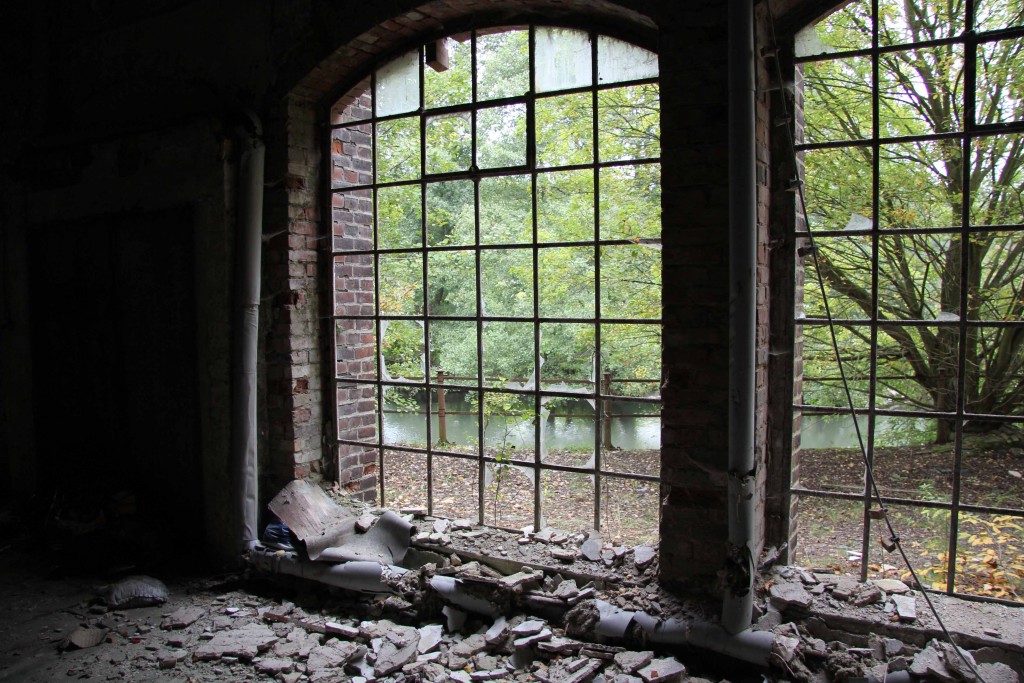 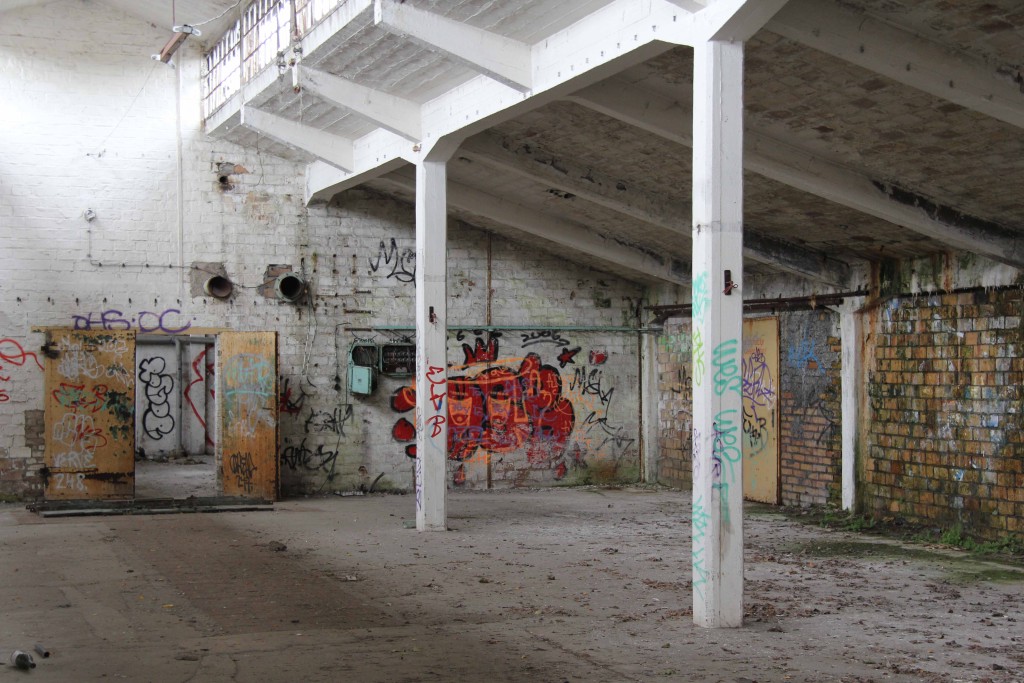 Here and there though there are some reminders of it’s industrial past in the machinery, vats and pipework that remain. 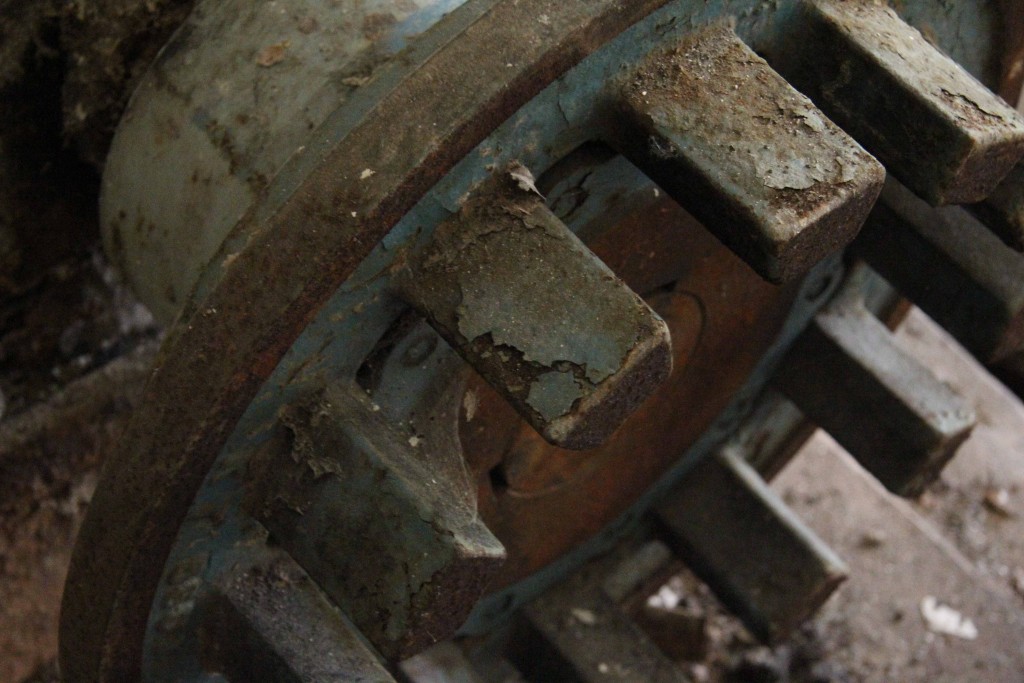 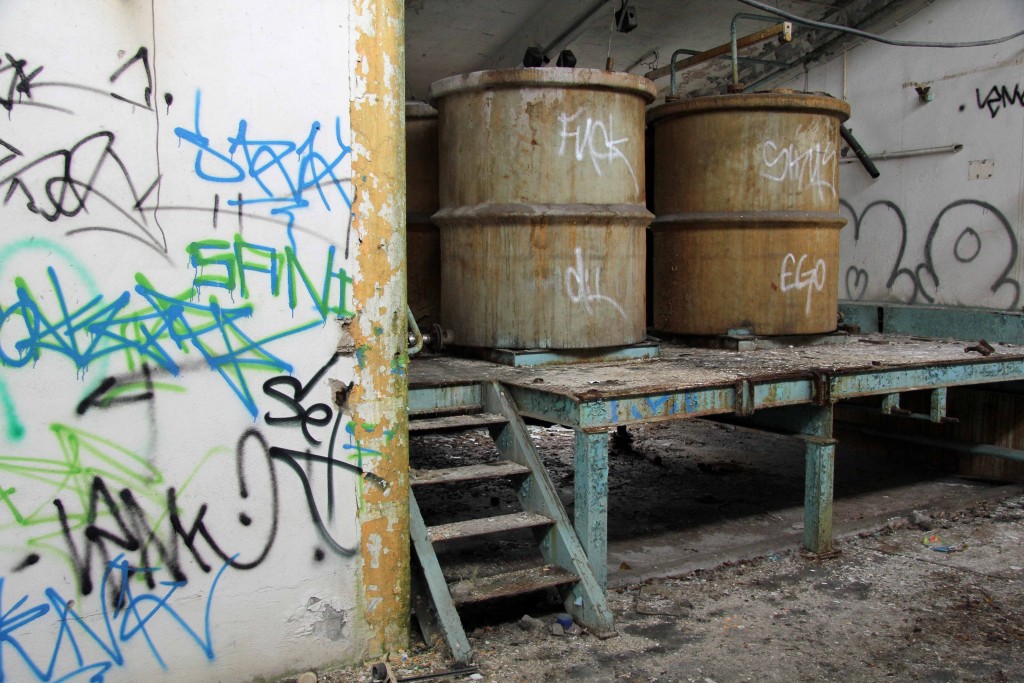 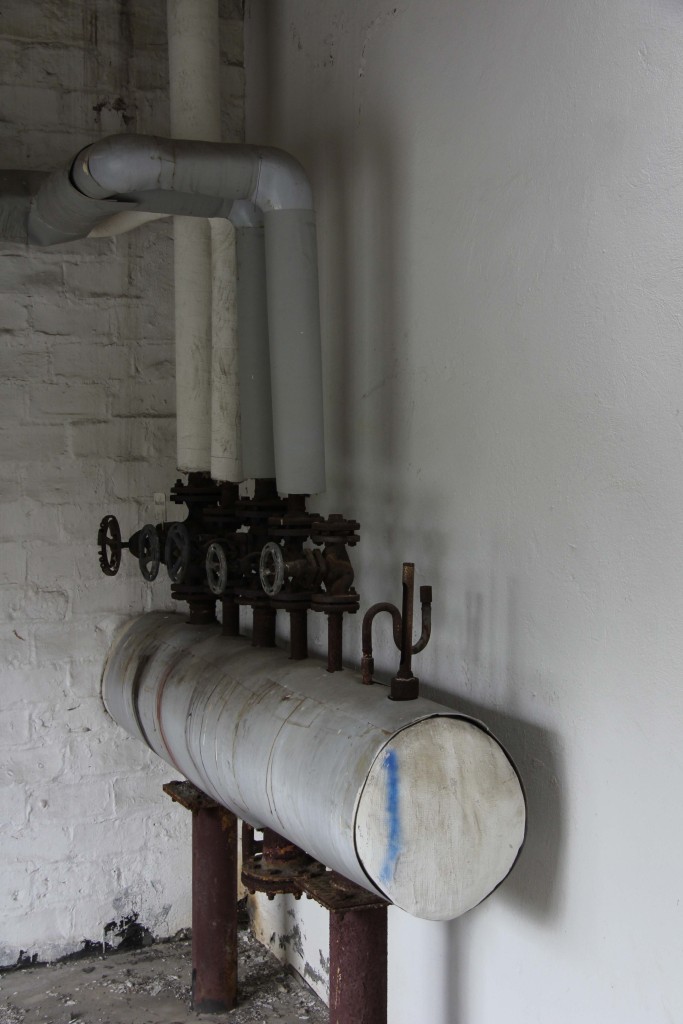 And the various signs and writing on the walls. 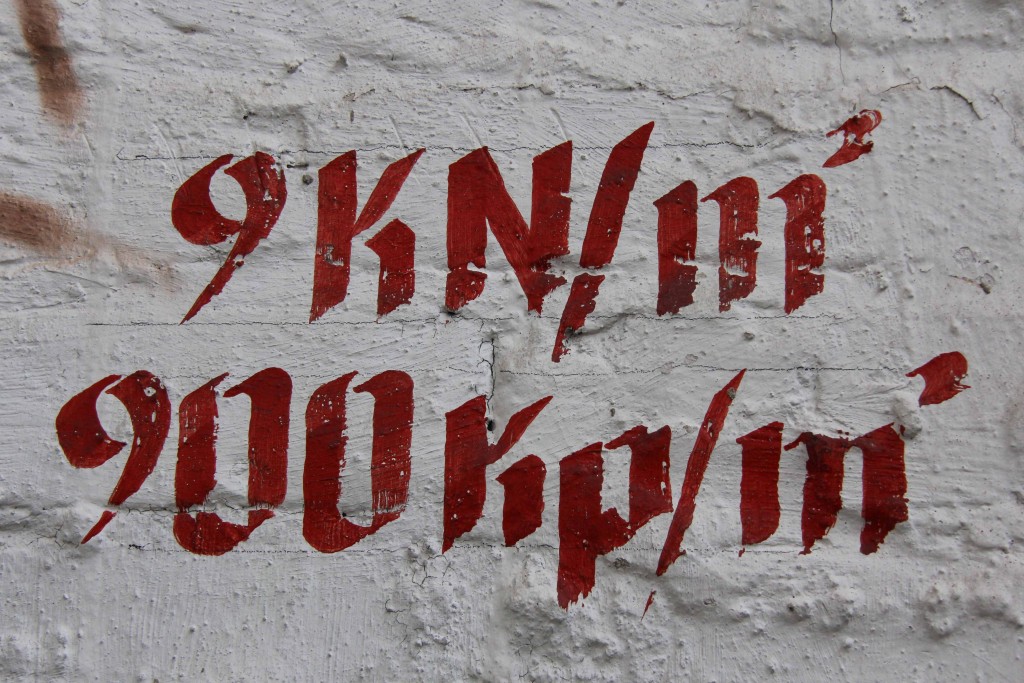 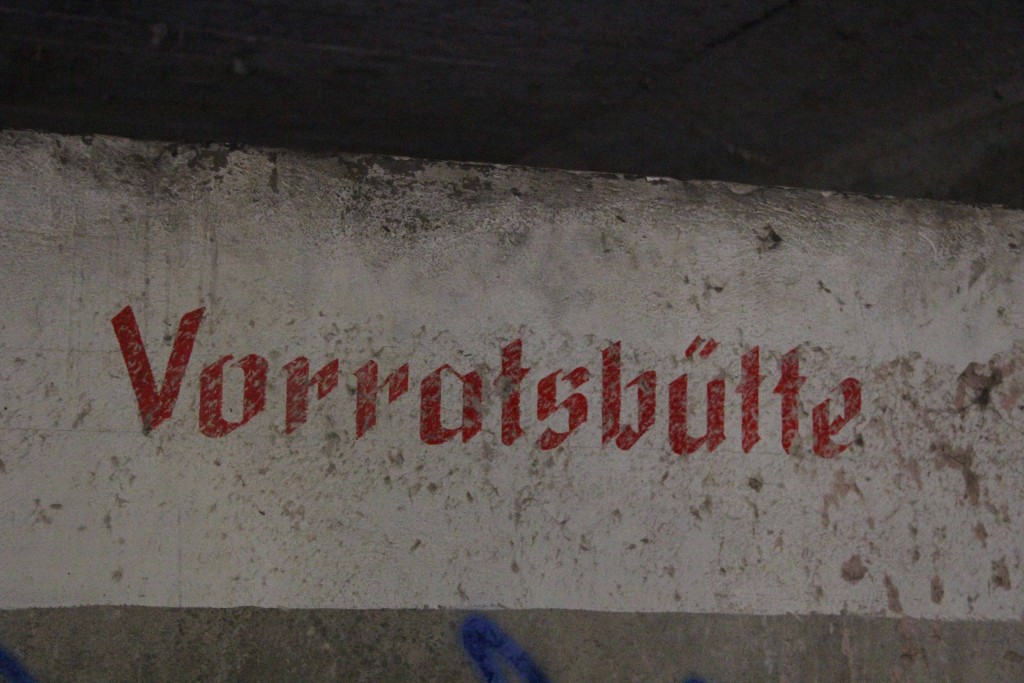 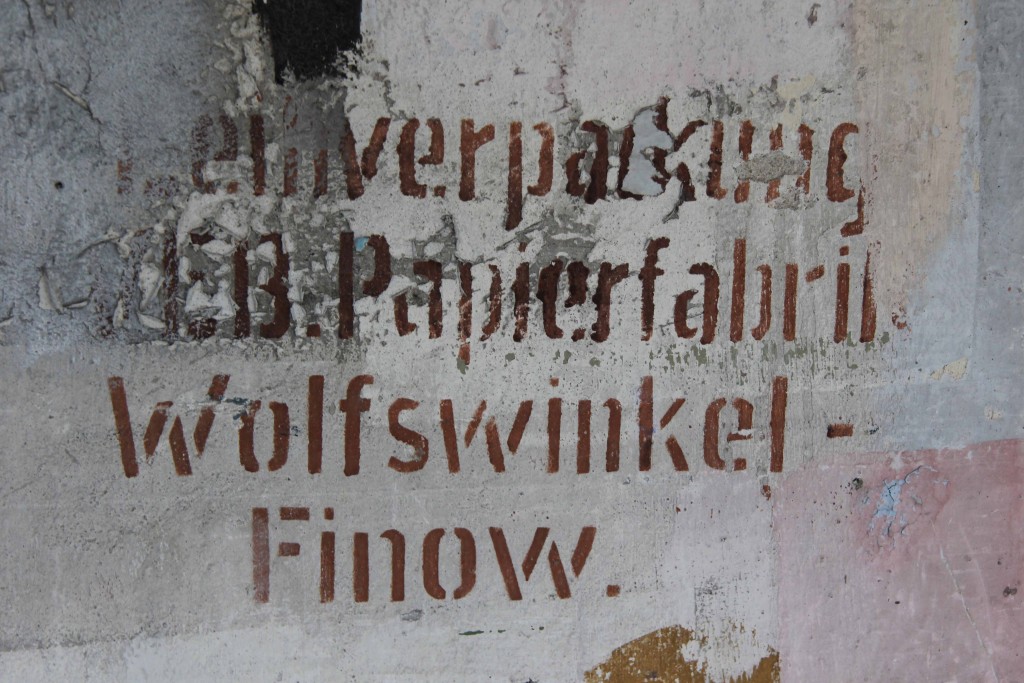 There was also a wealth of art throughout the building – so much that I will devote a whole post to it.

Entering one of the buildings we stopped in our tracks when we heard what we first thought was machinery running.  Having decided to carry on towards the source of the noise we were surprised to find it was water gushing from a stream outside and through the building.

It was obvious as we were wandering around that some of the buildings are in use and ironically, as we started to think of going home we came across someone at the perimeter of the grounds who could tell from the way we were sneaking around that we didn’t have permission to be there.  But much to our surprise, rather than telling us to leave, he told us that we should have reported ourselves when we arrived and to let him know when we were leaving.  It seems that visitors are allowed at the site but in the interests of safety and in attempt to curb vandalism the owners like to know who is there.

The one disappointment of the day was that it wasn’t possible to climb the tower we had seen from the outside of the building.

The ladder that had presumably run up the inside of the tower had been removed.  Climbing the pipework inside wouldn’t have got us very far so we had to be content with looking up into the empty space. 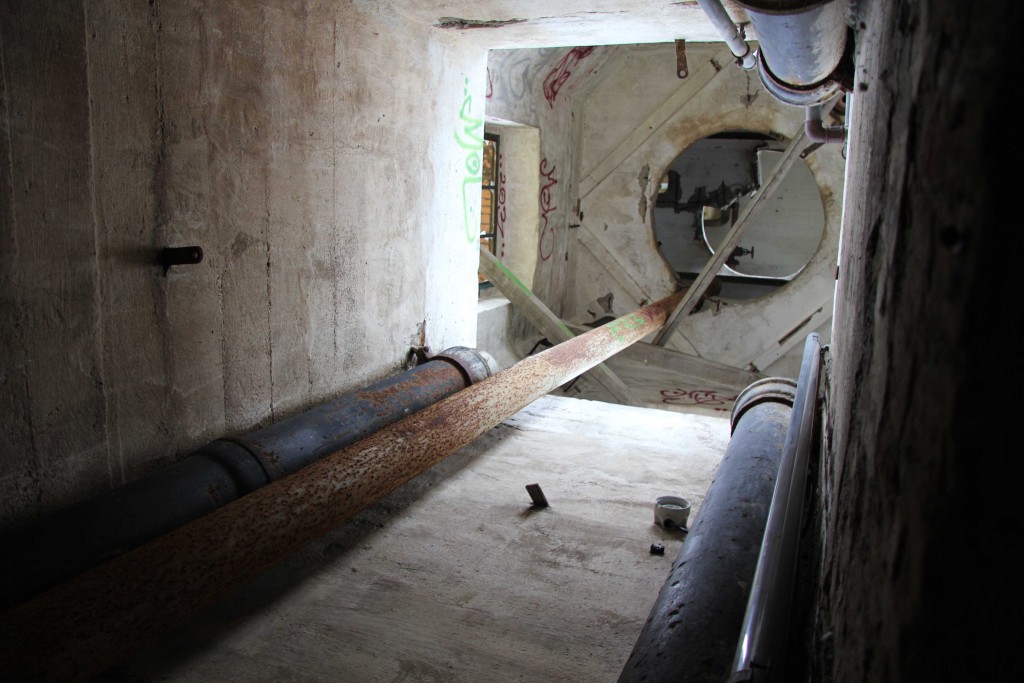 But that was only a minor irritation after roaming around freely in the rest of the buildings.

Even a sudden downpour as we left and made our way to the nearest bus stop couldn’t dampen my spirits.  I had enjoyed exploring the abandoned Papierfabrik Wolfswinkel so much that wet jeans clinging to my thighs on the journey home was a small price to pay.