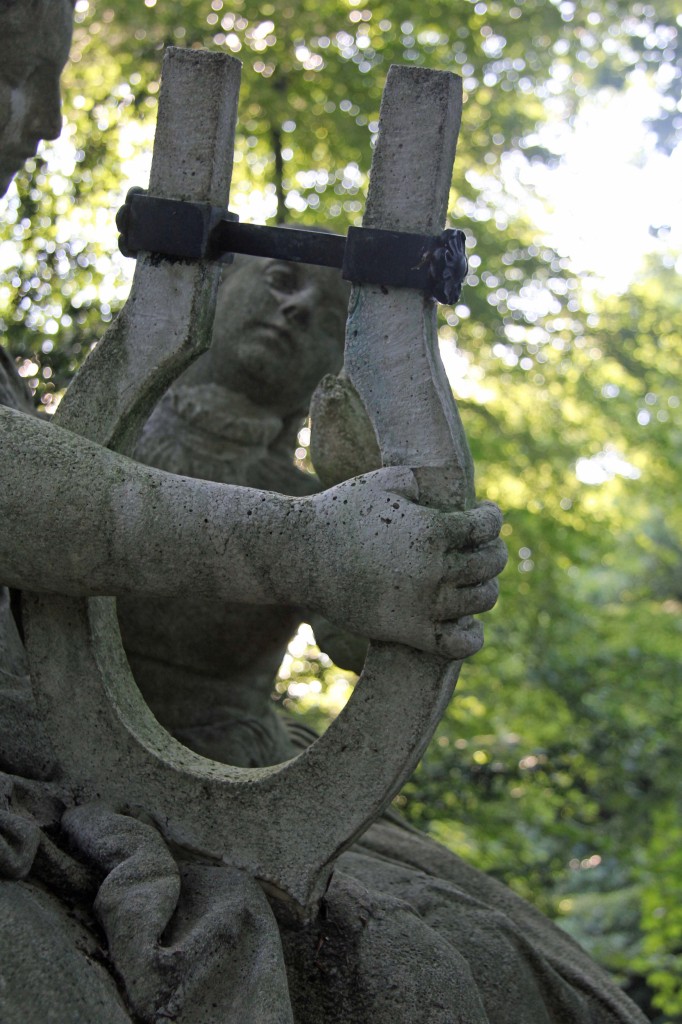 Berlin’s largest park, the Tiergarten, seemed like the perfect place to spend a sunny Sunday afternoon.  So yesterday, with Berlin enjoying some much needed sunshine, that’s exactly where I went.

And I wasn’t the only one.

Some people chose a spot on the banks of the canal and were absorbed in a book, others lay in the grass in one of the many open spaces, entwined in the arms of a lover, but everyone was enjoying the relative peace in the heart of the city.

But the Tiergarten is such a large park that even on a hot summer’s day when everyone has the same idea and people flock here it doesn’t feel overcrowded.

The name Tiergarten (Animal Park) comes from the park’s previous life as the hunting ground of the electors of Brandenburg when it was fenced off and stocked with deer and other animals.  It was Friedrich II (Friedrich der Grosse) who decided to turn the park over to the people of Berlin.

Some of the statues in the park hint at its history. 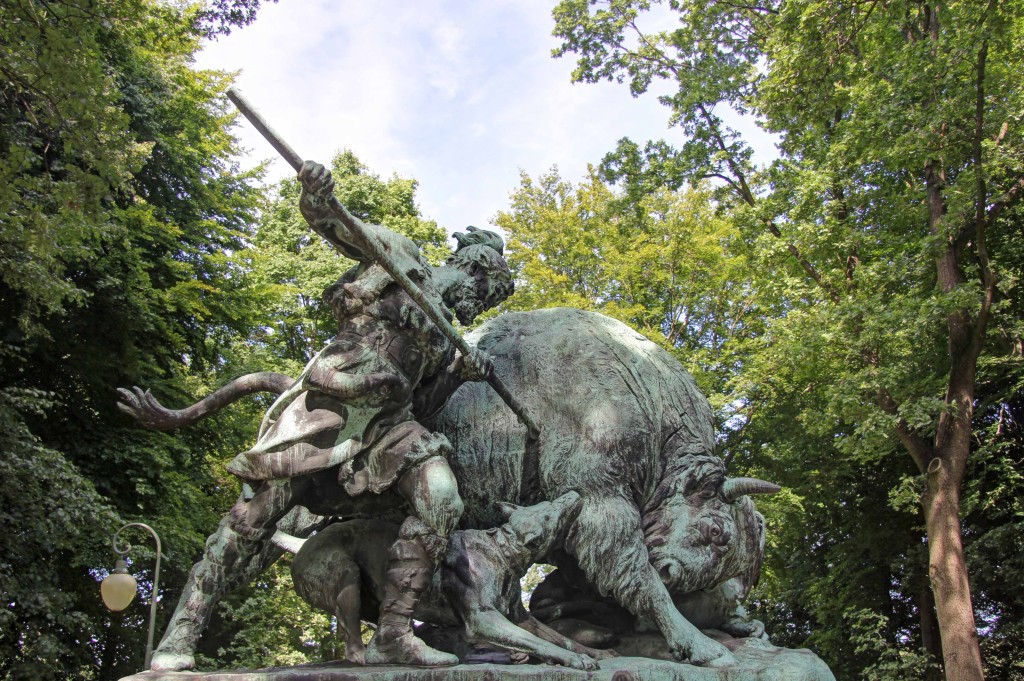 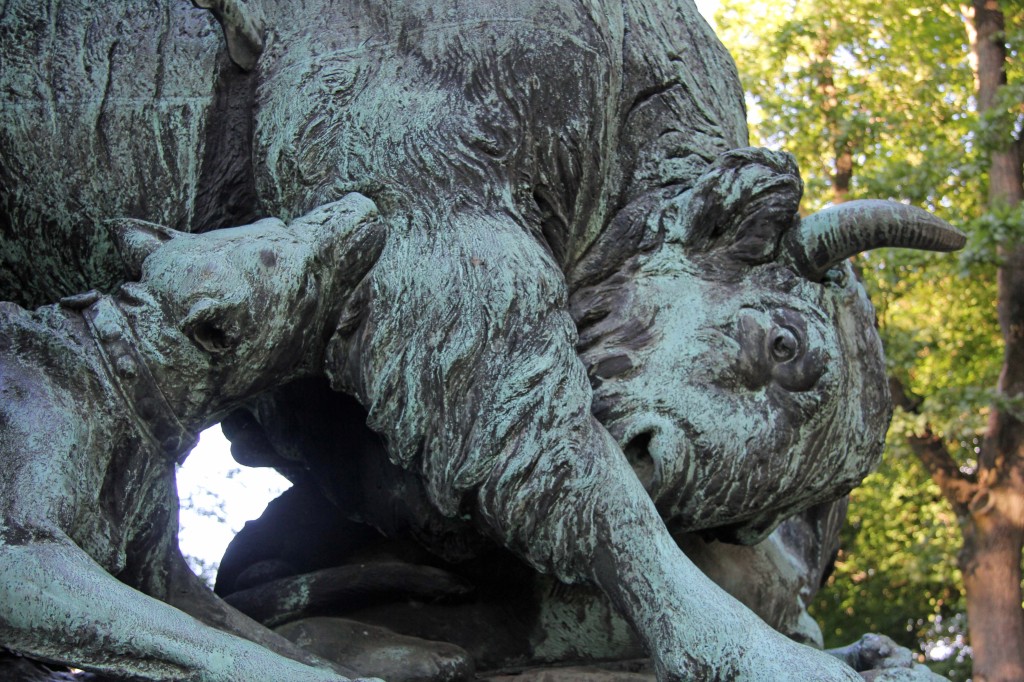 And there are many more statues in the Tiergarten – likenesses of poets, philosophers, composers and politicians and a memorial to Karl Liebknecht who was murdered there. 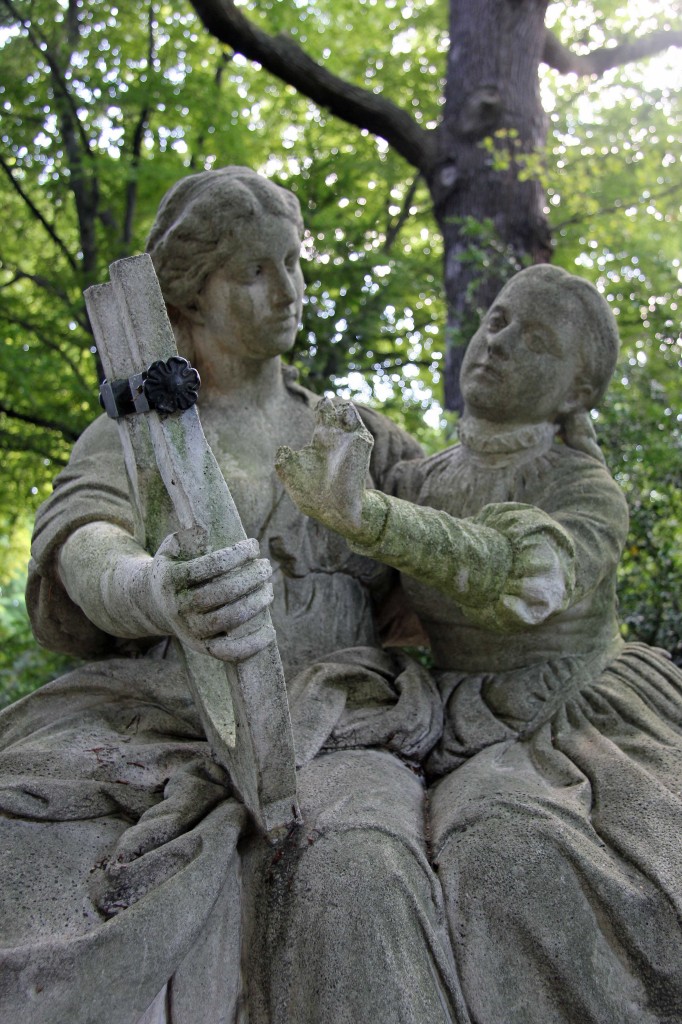 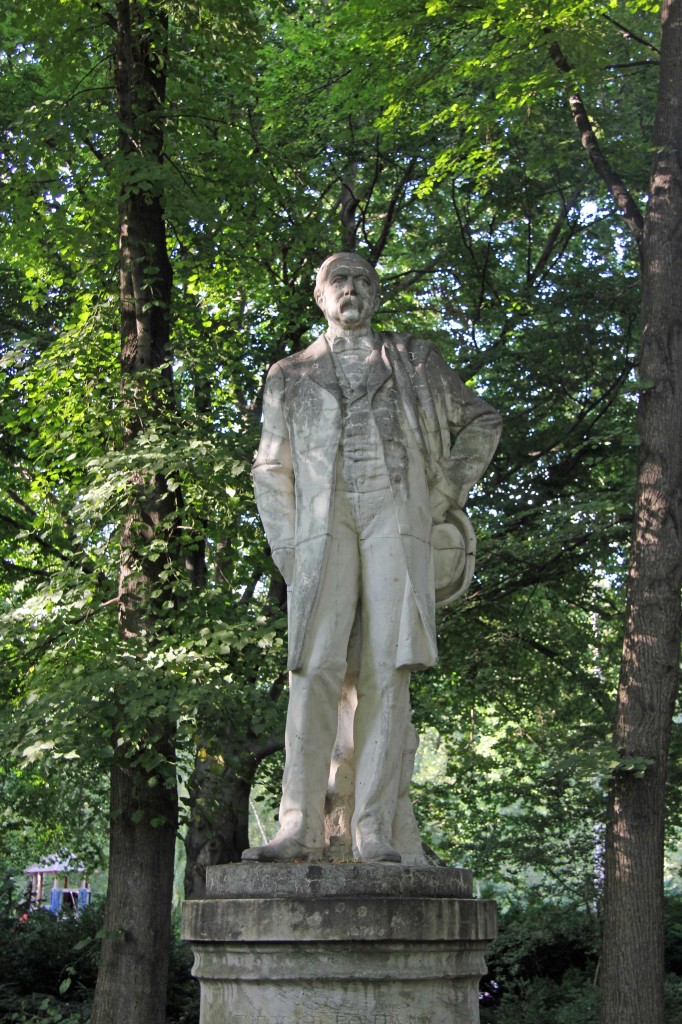 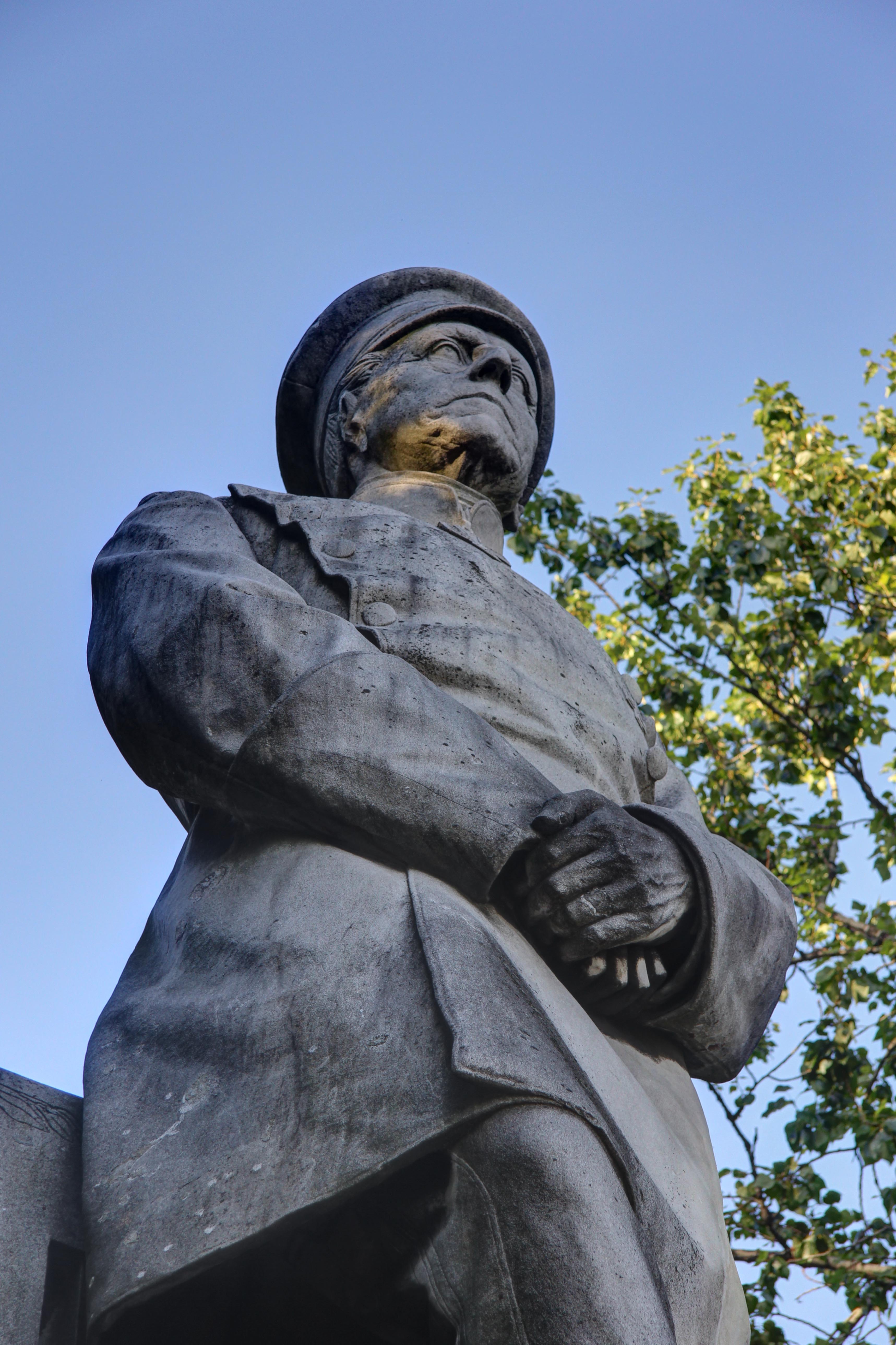 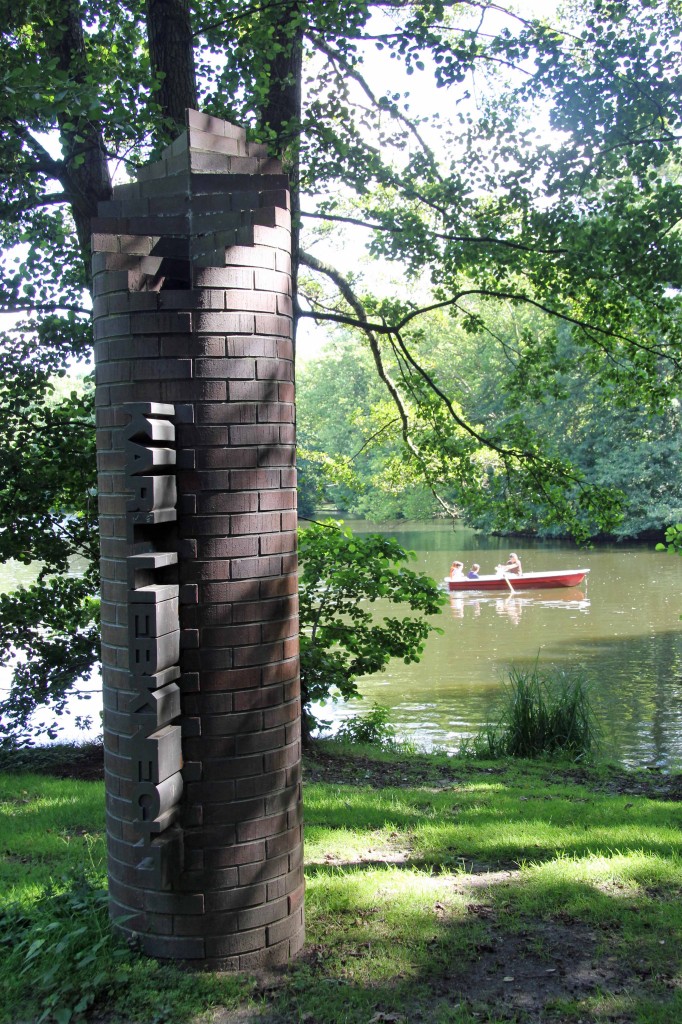 I was so taken by the Bismarck Memorial that I think I will devote a whole post to it soon. 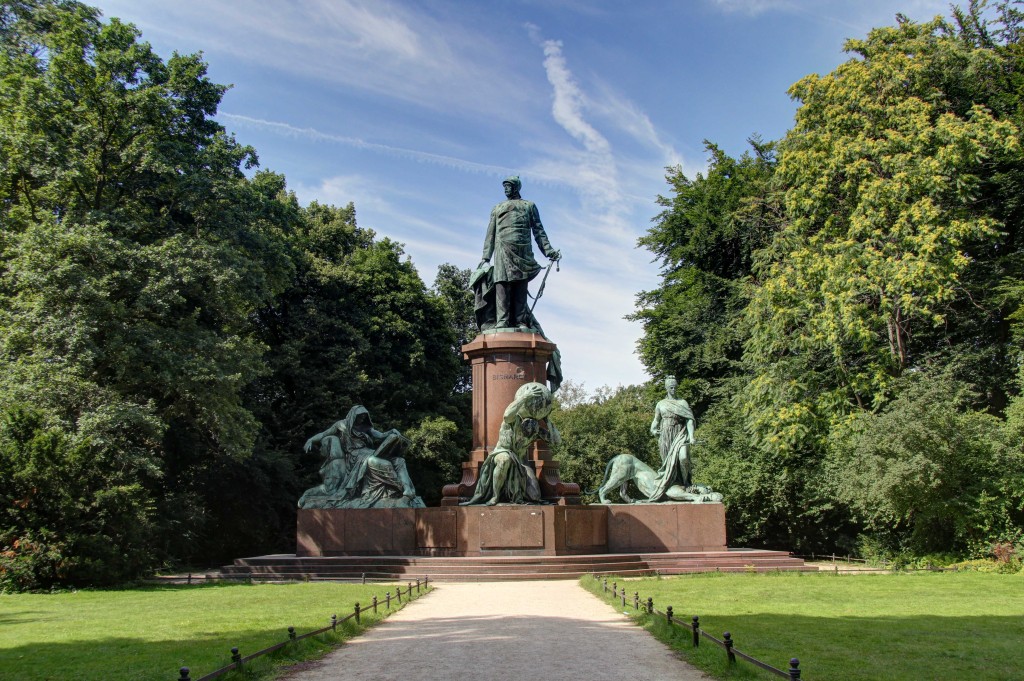 It is hard to believe walking along the park’s leafy paths or enjoying its shady spots that almost all of the trees here were chopped down to be used as firewood in the aftermath of World War II. 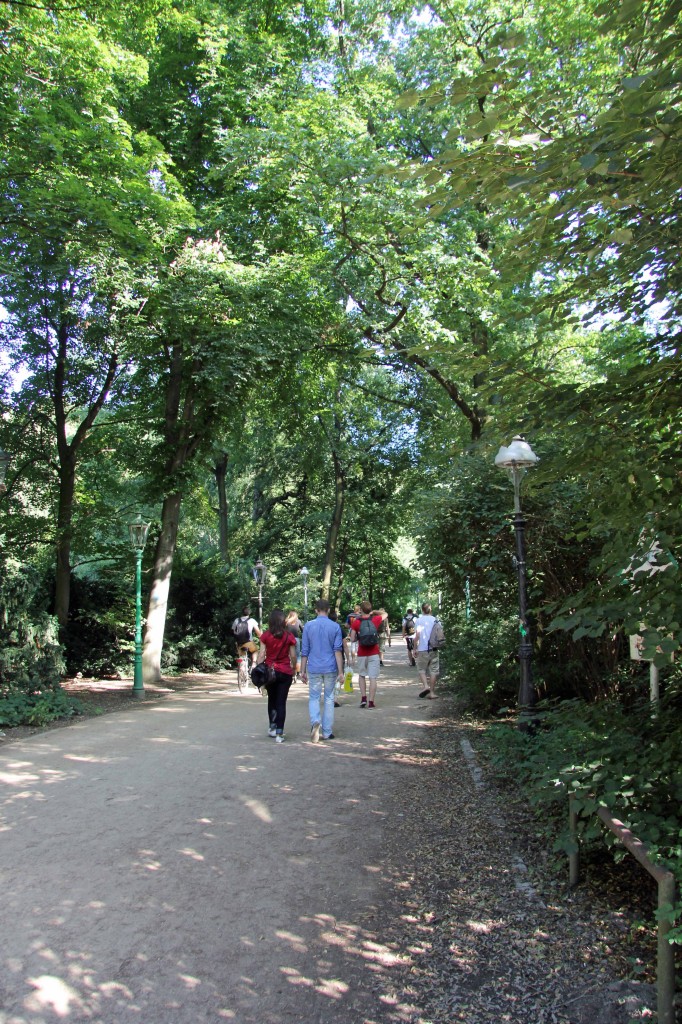 The Tiergarten is home to some of Berlin’s most famous landmarks: The Siegessäule, Schloss Berllevue, the Zoo and one of Berlin’s Soviet memorials.

There’s no shortage of water in the park either.  The Landwehrkanal and the River Spree  both run through it and those eager to get out on the water can row a boat on the Neuer See. 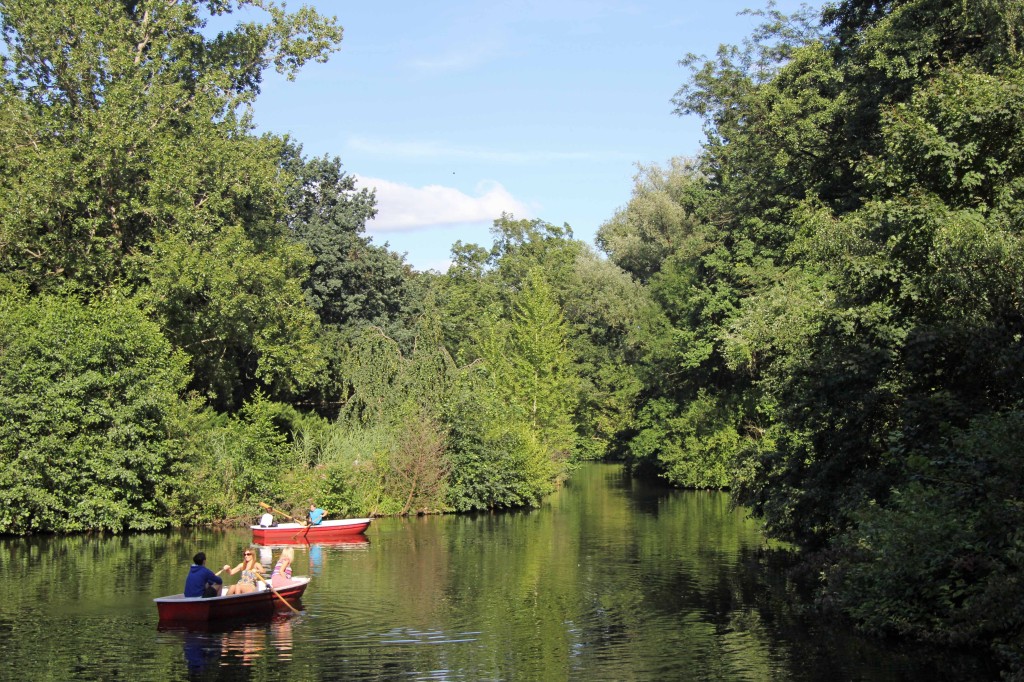 As the park is so vast, walking here in hot weather generates a thirst but the Tiergarten is home to two of my favourite Berlin Biergartens but more of them here.

This is one of those places that has something for everyone. 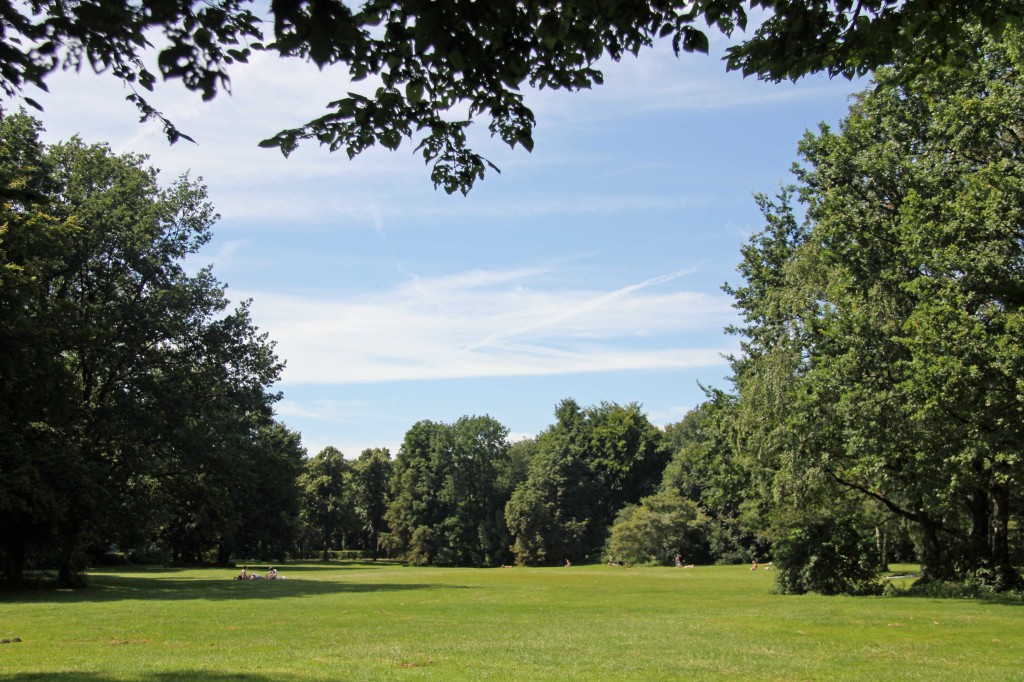 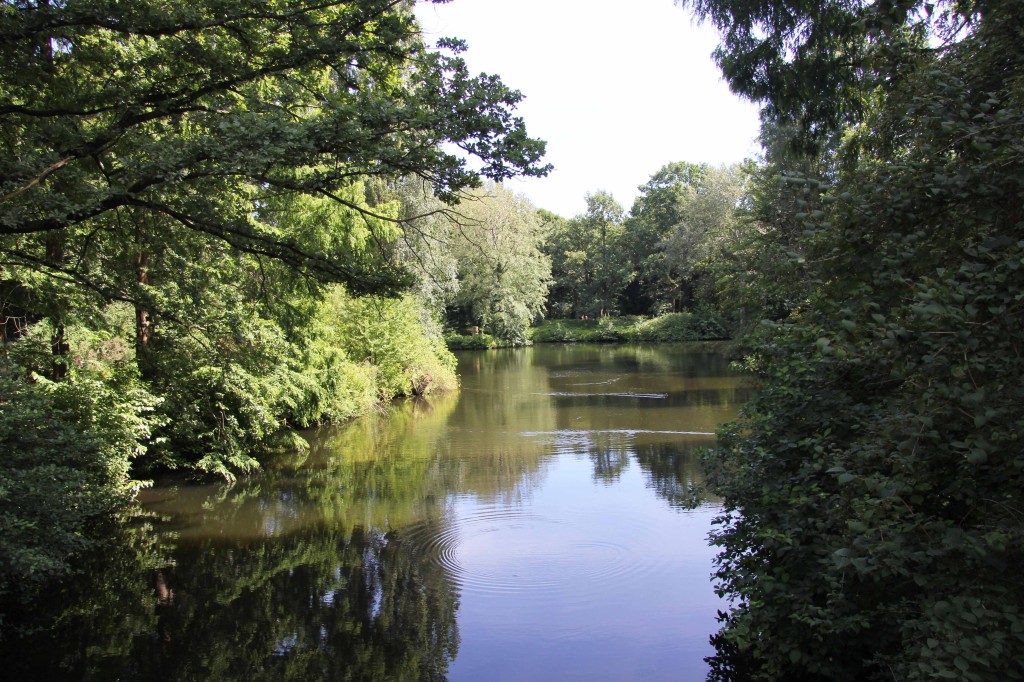 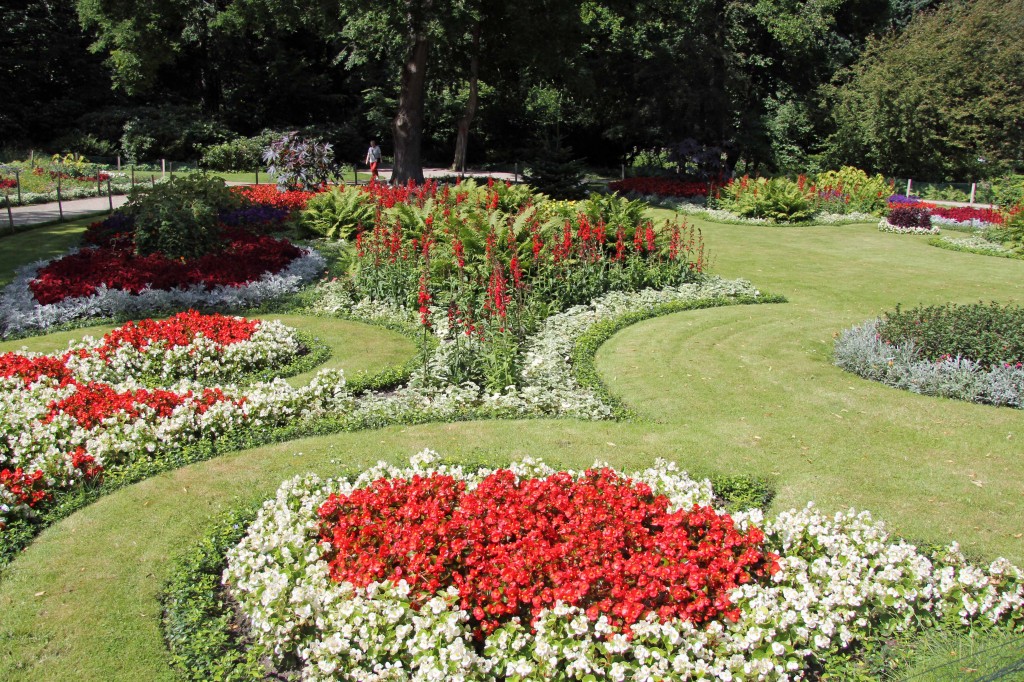 There’s even a section for devotees of Freikörperkultur (free body culture to those in the know – or getting naked to the rest of us), which you can read more about on Travels of Adam.

And as with everywhere in Berlin, the Tiergarten is full of surprises, such as this tree, into which, the lyrics of Ben E King’s Stand By Me have been carved. 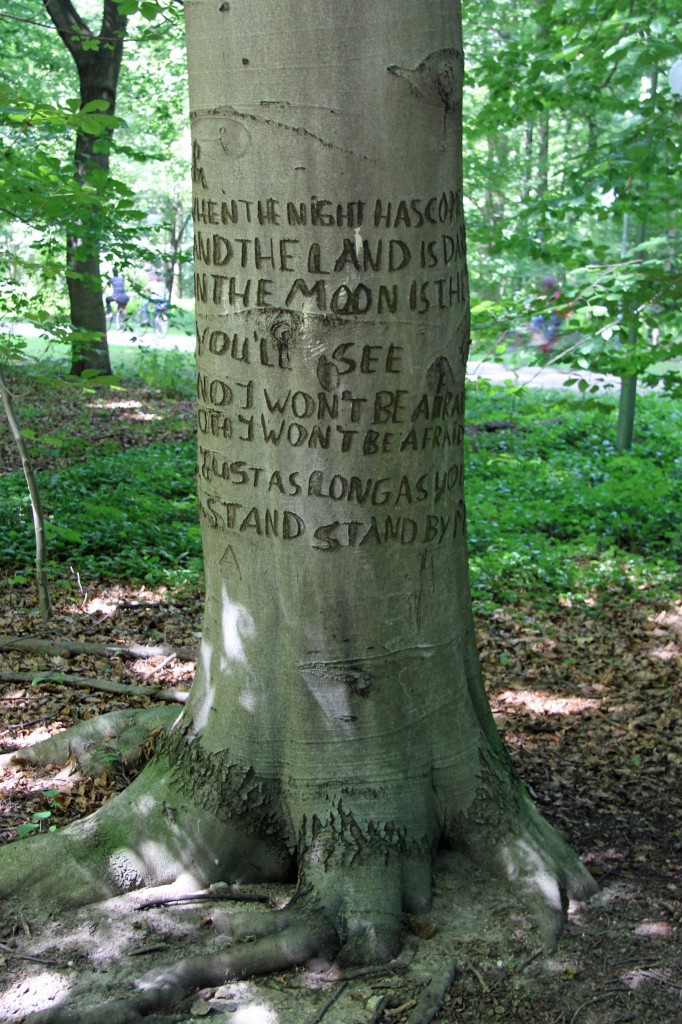 Stolpersteine 114
Biergärten in the Tiergarten

11 Responses to The Tiergarten