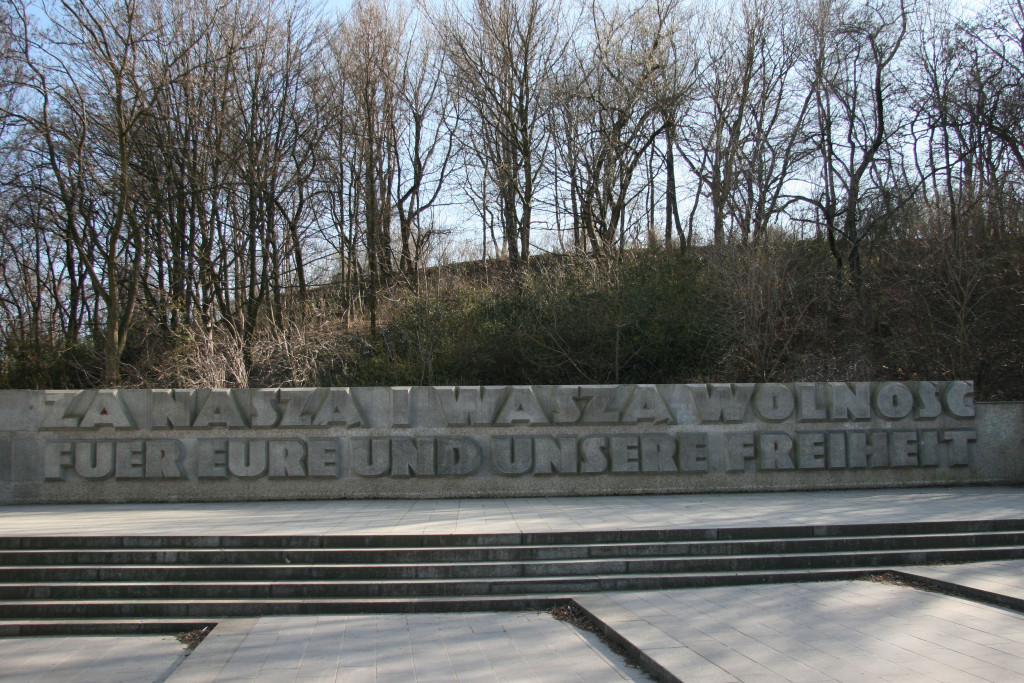 The sun was shining on Berlin yesterday and despite a slight drop in the temperature I still thought it was a perfect day to explore one of Berlin’s many parks.  I’ve passed Volkspark Friedrichshain on the tram a number of times and spotted joggers making their way into, around or out of it but yesterday was my first visit.

The fist thing I noticed as I walked into the park from Danziger Strasse was the Slackline.  At first, I thought it was a Zip Wire and images of the assault course on the Krypton Factor (a UK TV programme) filled my head but as I got closer a figure leapt on to the wire and arms out wide for balance started to make steady progress along the line between two trees.

As I had seen before there were still plenty of people out for a run but there were also others relaxing on the grass enjoying a beer or Club-Mate, a couple strumming guitars, people using the climbing rock and a roller-blader circling the paths.

The two hills in the park the Grosse Bunkerberg and the Kleine Bunkerberg were formed of the rubble of two wartime bunkers.  Not that you’d know they weren’t natural features to look at them now.

Walking through the park I also saw a Beach Volleyball court, a duck pond, a Café and a whole host of statues.

I can imagine as spring turns to Summer, Volkspark Friedrichshain will be filled with Berliners soaking up the sun and making the most of this green space in the city. 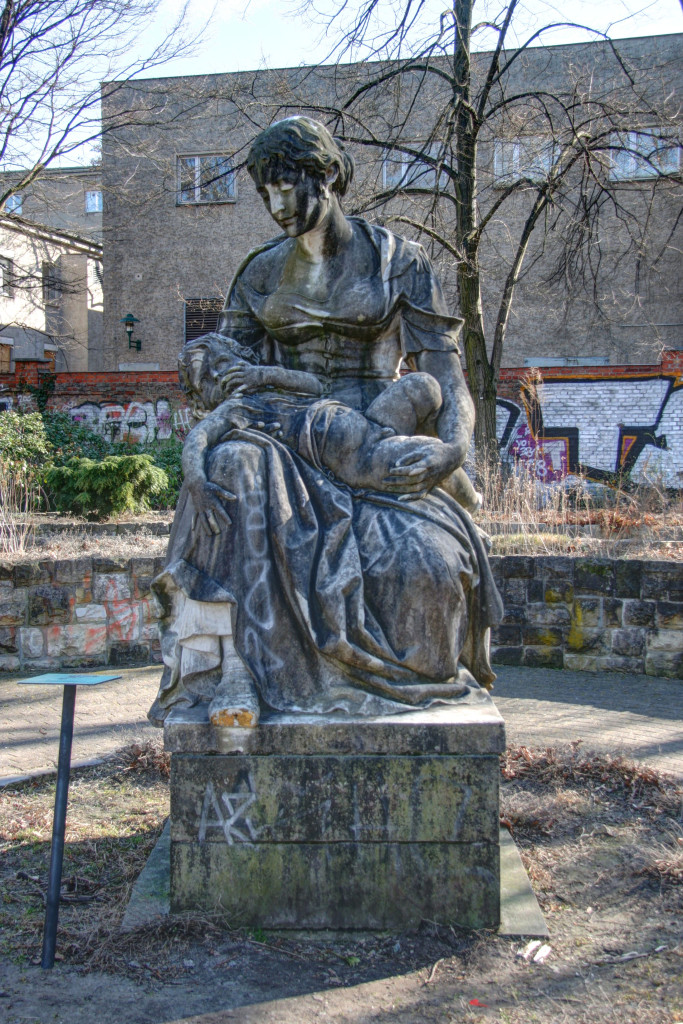 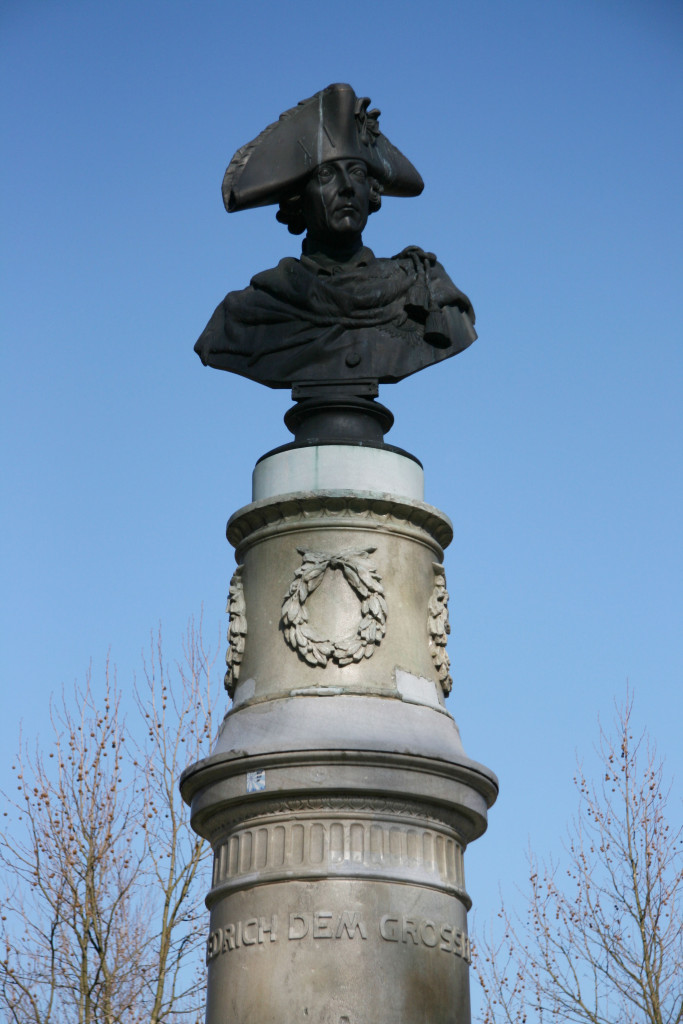 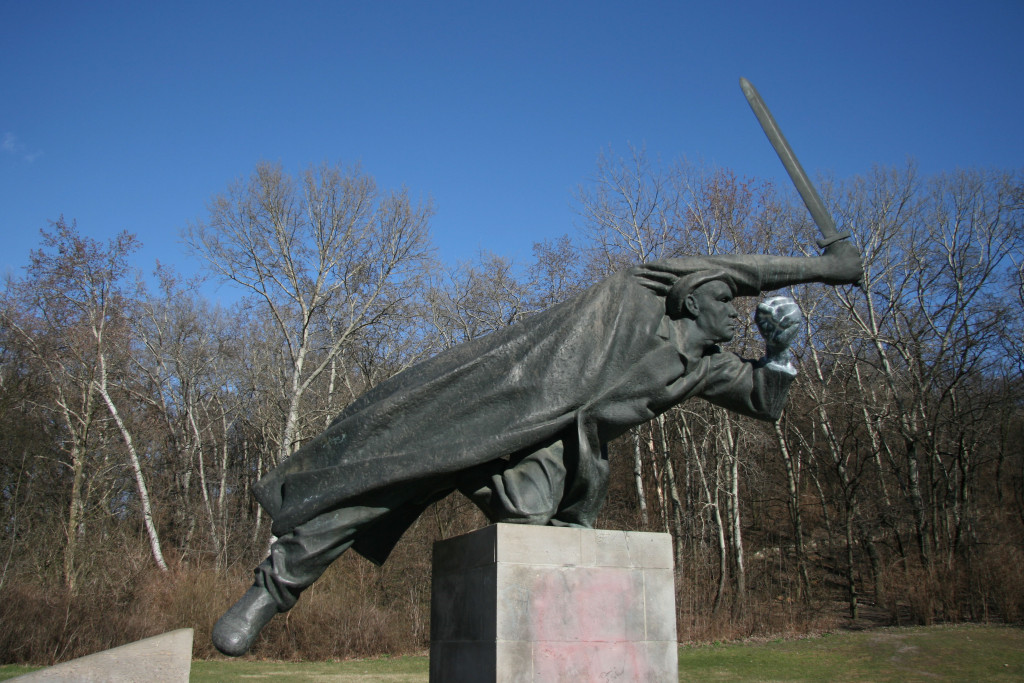 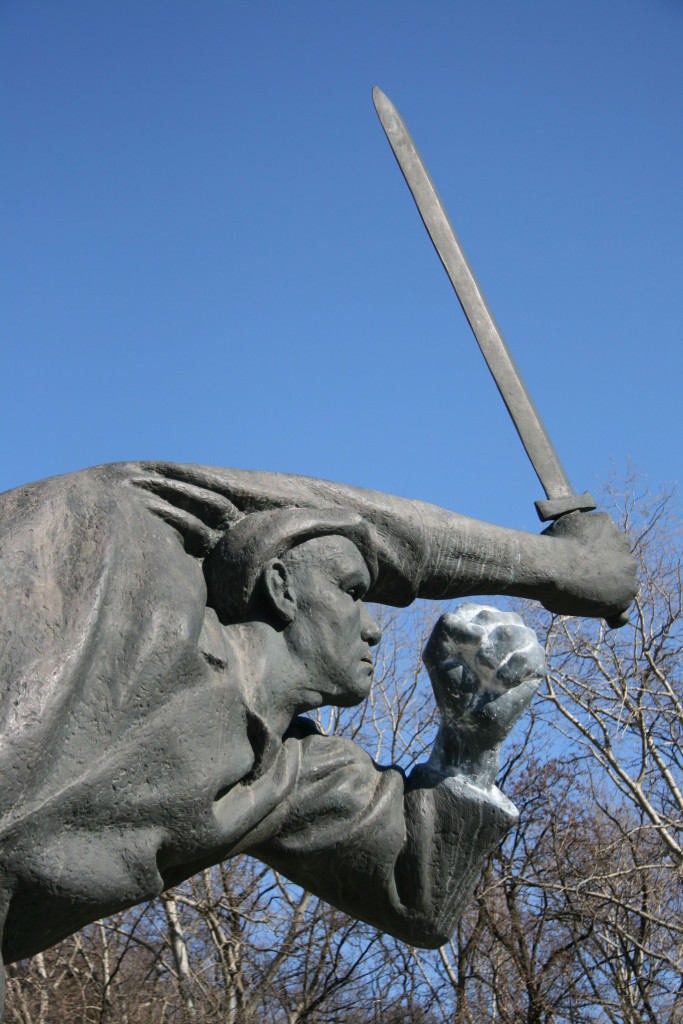 Karl-Marx-Allee – Architecture of East Berlin
Is This Love?