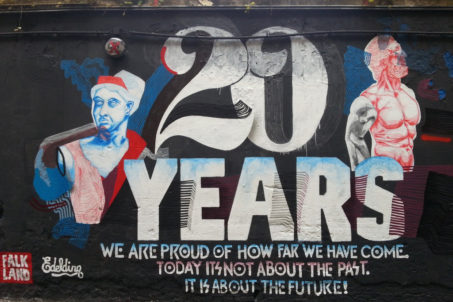 The Neurotitan Gallery in Hackescher Markt’s Haus Schwarzenberg is celebrating its 20th anniversary in 2015 and has launched a Kickstarter campaign to raise funds to finance its upcoming projects in Berlin. The rewards on offer to backers include hand printed tote bags, original artworks and limited edition jewellery. Neurotitan is run by the Schwarzenberg eV, […] 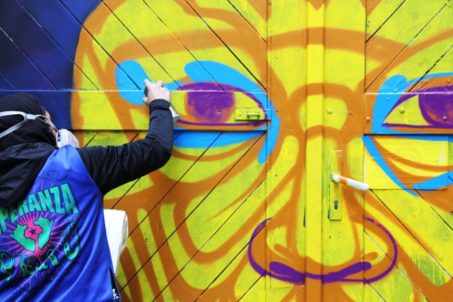 Today, I had the good fortune to stumble across Colombian Street Artist Stinkfish at work on a piece in the Hof at Haus Schwarzenberg in Berlin. The piece is being painted with the permission of the owner who was also watching the artist work. I couldn’t pass up the opportunity to speak to Stinkfish and […]