Blockaded Christmas is a British Pathé news report on the Berlin Christmas of 1948, 6 months into the Soviet Blockade of the city. In June 1948 tensions between the Soviet Union and the Allied occupying powers in Germany escalated and the democratic process for governing Berlin broke down completely. In an attempt to force the […] 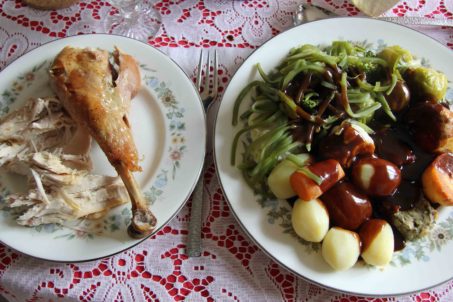 It’s strange that a meal can be such a part of your upbringing, so much a family tradition and so culturally ingrained that it’s a surprise when someone else eats something different.  That is how I feel about Christmas Dinner. It’s even more surprising when you learn that others celebrate and exchange presents on a […]