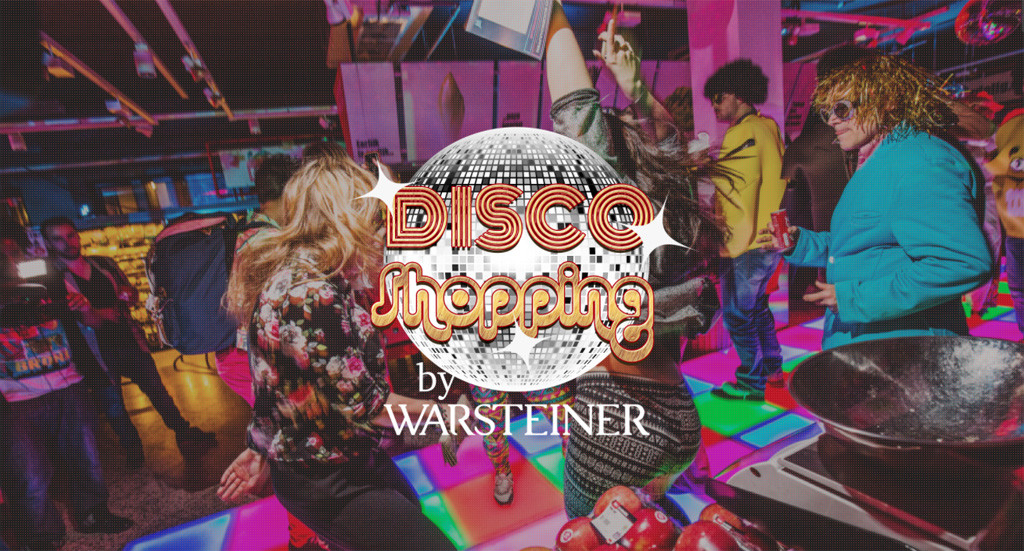 Have you ever found yourself singing along to a song at the supermarket and wished you could go dancing in the aisles?  Thanks to Warsteiner and Kaisers you can do just that at the Disco Shopping im Supermarkt event in Berlin.

From 23:00 on 7 November 2015 the Kaisers supermarket in the LIO Center in Lichterfelde will be transformed into a club and for the next 3 and a half hours you can get your groove on while you get your groceries in. 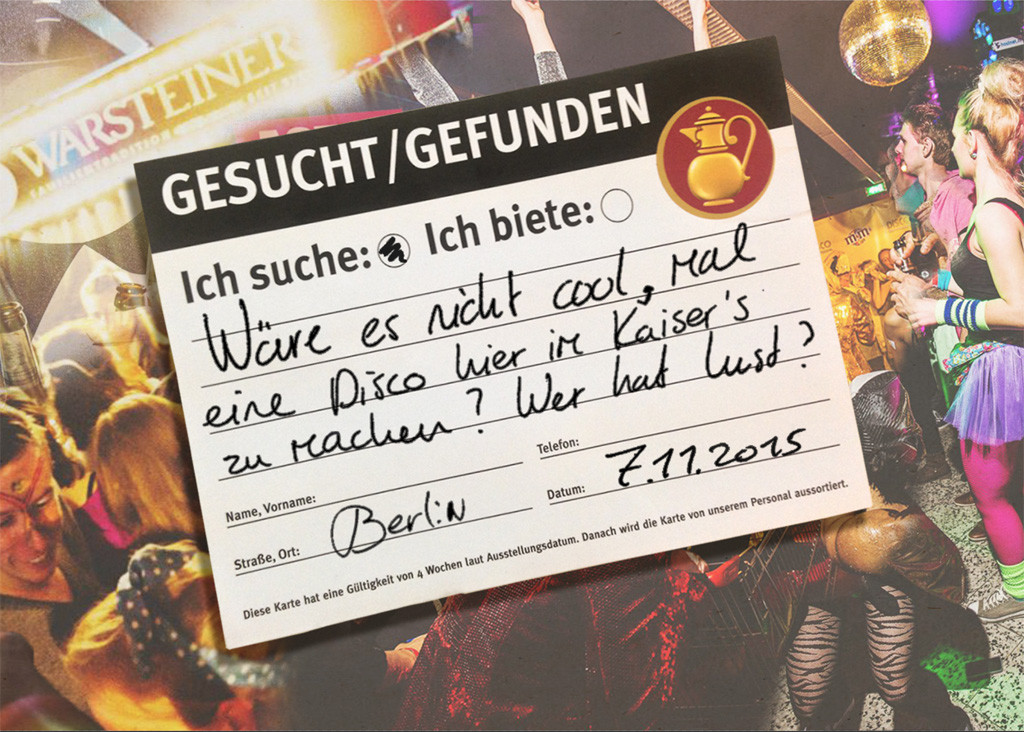 Ever wondered how you could make shopping for groceries more fun? Do you never ask yourself: why isn’t there a bar between the veggies and bakery? Doesn’t it feel unfair that you cannot listen to some music and drink a nice cold beer while you are selecting your cheese?

So did we! That’s why we are introducing ‘Disco im Supermarket’ in Berlin. On the 7th of November you can boogie on the LED dance floor, roller-skate in the silent disco area and party together with your friends next to the dairy department. And do groceries at the same time!

The cool people of Warsteiner also thought this was a good idea. They will make sure we have free beers while dancing our way towards the candy section.

If the lure of free booze isn’t enough to convince you that this is a good idea check out the promo video from event organisers Tosti Creative:

Tickets for the event cost 9.50 EUR (plus 1.45 EUR booking fee).  As well as entrance to a unique Berlin event this covers the cost of the goods on your grocery list, which you will receive at the entrance on the night.

So if dancing through Kaisers and buying the essentials for your hangover cure at the time sounds like the perfect Berlin night out get over to the Disco Shopping im Supermarkt website to buy your ticket now.