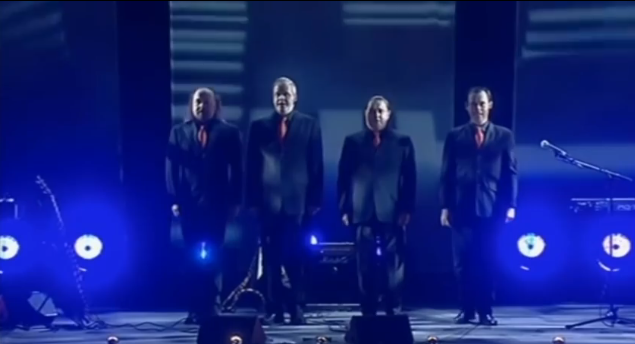 “I would like now to present another tribute to a favourite band of mine – Kraftwerk”, says Bill Bailey.  “This is one of their lesser-known tracks…lesser-performed tracks, which I’d like to give a rare airing to tonight so this is my tribute to Kraftwerk.”  What follows, I hope you’ll agree is genius.

If anyone is unfamiliar with Kraftwerk you should check out Sunday Documentary: Krautrock – The Rebirth of Germany.

I won’t say any more for now because I don’t want to spoil the surprise.

The attention to detail is what makes it so great – from the music to the set, to the translation of the lyrics.

For those not in the know, the Hokey Cokey (or the Hokey Pokey depending on where you come from) is a song with an accompanying dance routine, popular at children’s parties.