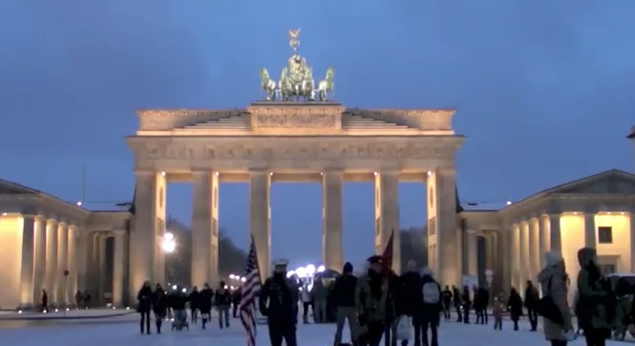 Photo: Still from ‘Berlin am Abend’

I love this Berlin am Abend video on Gilly’s Playground shot on a snowy Saturday evening in Berlin.  Gilly made the video of typical Berlin sights and scenes to show off the Hauptstadt and I think it looks like a great advert for the city.

Look out for the bit at 28 seconds where the ‘Soviet soldier’ in front of the Brandenburg Gate looks like he’s dancing and playing ‘air synthesiser’ to the music.